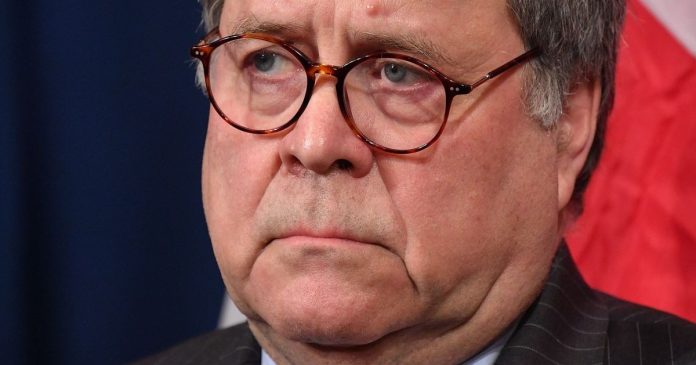 Former Attorney General William Barr has attacked Trump for manipulating the system. He said that it was an unprecedented and illegitimate act by the disgraced ex-president to have taken classified documents and hoarded them in his country club.

William Barr said that the former president had no legitimate defense against his action. He was all supportive of the Justice Department’s decision to raid Mar-a-Lago, saying Team Trump was trying to jerk around the DOJ.

William Barr was particularly scathing at Trump’s claim that he had issued a standing order to declassify anything that he took from the White House when he left in January 2021 after his defeat. When asked if there were any legitimate reasons for those materials to be in his possession, Barr said that he could not think of any legitimate reason for the documents being taken out away from the government.

Barr said that if they had once been classified, he was skeptical of any claim that Trump had declassified anything and that such a thing could even be done. He said that if he claims that Trump stood over rows of boxes and declared them unclassified, without realizing their contents, then it was an abuse of his powers and shows total recklessness. He said that statement in itself was worse than the very act of taking the documents.

The former AG was asked about the unprecedented nature of the attack and its timeline, as Trump was not present at his country home. He also said that if there was a way that the documents could have been obtained without raiding his home, such as by issuing a subpoena.  William Barr said that given the sensitive nature of the documents, and the way Trump was deceiving the authorities, it was justified.