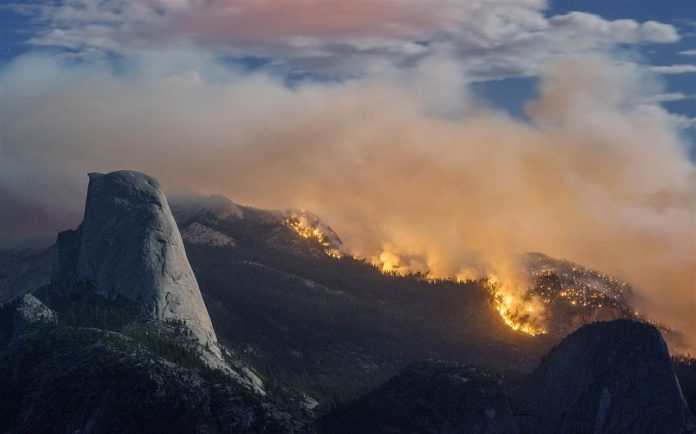 Yosemite National Park, one of the most popular national parks in the country, had to partially close Thursday due to a wildfire.

According to a tweet from the park management on Thursday night, the Yosemite Wildfire was located in the bottom part of the Mariposa Grove, which is home to more than 500 mature giant sequoia trees.

It was not immediately apparent at this point if the ancient tree grove had suffered damage or was in danger. The largest trees on Earth are giant sequoia trees. The biggest of these trees, which only naturally exist in groves on the western slopes of the Sierra Nevada mountain range in California, average a height of 26 stories.

The Yosemite Wildfire Integrated Real-Time Intelligence System tweeted at local time 8:00 p.m. that the fire had grown to 46 acres since the park service initially reported it shortly before local time 5:30 p.m. when flames had destroyed around eight acres. According to local media, Fresno, 64 miles (102.9 km) from the Mariposa Grove, could see smoke from the fire. The latest Yosemite Wildfire also occurs after the Supreme Court restricted the EPA’s capacity to reduce pollutants that cause global warming.

The June judgment established that without legislative approval, the US government could not utilize its current authority to phase out coal-fired power generating. It basically ends the Biden administration’s efforts to keep its promise to cut US emissions that contribute to global warming in half by the end of the decade. Biden stated that the objective would put the US on a road to having net zero emissions by 2050 and that other nations would need to elevate their aspirations as well.

Will Smith Shares An Unfiltered Picture Of Himself

Lead Generation Advice Even The Pros Can Use