Zacks Investment Research analysts recently lowered CrowdStrike Holdings Inc.’s (NASDAQ: CRWD) rating from a “Buy” to a “Hold”, as per their report on the company issued this Tuesday, December 22. The security technology company currently stands at $221.00 as the price target. The target issued by Zacks suggests a 4.91% upside since CrowdStrike’s previous close.

The quarterly earnings report for the previous fiscal quarter was released by the company on the 2nd of December. The earnings stood at $0.08 EPS for that quarter as opposed to the general consensus on the estimated earnings at $0.15.

The company’s return on equity also stood at 12.79% along with the net margin of -13.40%. The estimated income for the firm was marked at $214.36 million but it made $232.50 million for the quarter. During the same time previous year, the firm’s EPS was $0.07. According to the available data, the company’s revenue was 85.9% up based on a year-over-year calculation.

NASDAQ: CRWD has recently been the subject of a lot of reports by equities analysts. Some such as Truist, Royal Bank of Canada, JPMorgan & Chase, Barclays and so on have posted reports on this firm over the last few months.

The recent consensus rating of CrowdStrike Holdings Inc. (NASDAQ: CRWD) stands at “Buy” and the consensus on the target price is $165.35. Several hedge funds have also been involved in buying and selling of this company’s shares recently.

Tropical Storm Isaias Is Heading Heading Toward The Us, Forcing Florida To Close State-Run...

Lamar Jackson Was Carried Off After Suffering A Sprained Ankle, Ravens Lost To Browns

US Lawmakers In Taiwan Have Started Looking For A Consensus 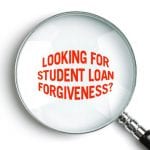 Americans Over 50 May Benefit From Student Loan Forgiveness Plans

Lark Abelson would be already retired if it weren't for her college loan debt. The 63-year-old borrowed $5,000 in debt more than 20 years ago...

Representative Zoe Lofgren, a member of the House committee looking into the January 6, 2021 uprising, criticized the former President of the States on... Brendan Fraser Celebrated For Comeback Role In ‘The Whale’

In the spotlight at the Venice International Film Festival is Brendan Fraser. The once-omnipresent movie star of the "Mummy" series and "George of the Jungle"...