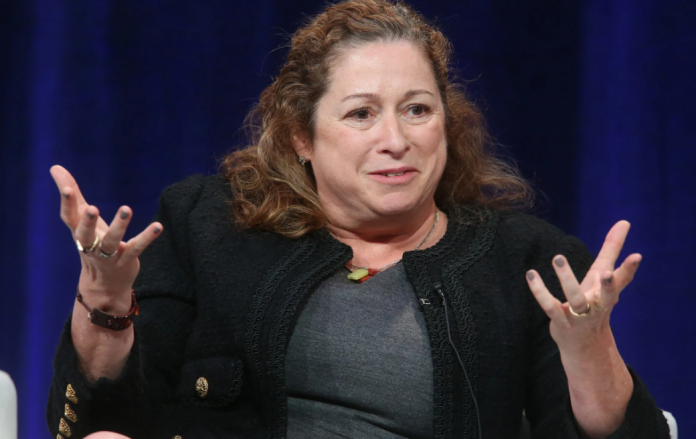 Abigail Disney has long been a critic of the way things are run at Walt Disney Company, touted as the happiest place on earth. She is now taking her fight to their turf, the big screen. Her film depicting a cruel portrayal of pay disparity at the company premiered at the Sundance this Monday.

Abigail Disney, Walt’s brother, Roy’s granddaughter, and one of the co-founders, had publicly denounced the Wlat Disney Company 3 years back for what she said was an obscene pay disparity between top executives such as Robert Iger on one end, and theme park employees who worked for a pittance on hourly salaries.

The company, established by her great-uncle and grandfather, had hit back and called her assertions based on unfair and gross exaggeration of facts.

But Abigail Disney declined to back out of the fight in spite of the 16% hike in pay agreed to for a section of workers of the theme parks. Instead, she has stepped up her campaign against the unfair wage structure and has 2 of her siblings backing her.

Abigail Disney’s documentary is a crusader-minded view of the huge pay difference between top corporate executives at the company and the lowest rung of workers. The American Dream & Other Fairy Tales premiered at the Sundance festival on Monday. It is a digital festival this year due to the pandemic

The movie was directed by Abigail and Kathleen Hughes. Abigail’s sister, Susan Lord, and one of her brothers, Tim are executive producers. The family has branded Walt Disney Company as ground zero, highlighting the widening disparity in the pay structure of workers in America.

In the movie, Abigail profiled 4 custodians of the theme park who made $15 per hour. With mounting housing expenses in California, it has been a daily struggle for them. One of the workers said that they were regularly forced to make a choice between food and medicine.

At the other end of the spectrum are executives such as Iger, the CEO between 2005 and 2020. He awarded himself a pay package of $65.6M. An indignant Abigail said that her grandfather and great-uncle would never take home a fortune when their workers suffered due to lack of medicine and food.

The company released a statement detailing the steps it has taken for its employees.

Dean Winters Down With Pain