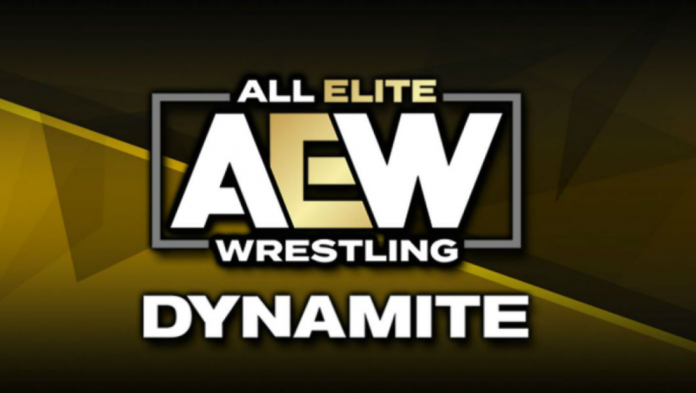 The last AEW Dynamite took place on Wednesday and the main attractions used this stage to deliver their final messages. All Out is coming up and is a pay-per-view event. The list of stars includes CM Punk, who was attacked by Darby Allin.

The AEW Dynamite show ended with violence where Christian Cage was trapped by the Elite, in a steel cage. The Lucha Brothers were also trapped in it. Cage will face Kenny Omega for the world title while the Lucha Bros will fight against The Young Buck for the tag team titles, at All Out.

The Events That Went Down At AEW Dynamite

The AEW Dynamite opened with a brilliant tag team, which included two of the best tag teams in the world. Santana & Ortiz defeated FTR with a pinfall and this was the second loss for the team FTR in tag competitions.

CM Punk stated that he was nervous about his return on Sunday and vowed to give the fans everything that they deserved to watch. Punk and Allin stared down at each other in the ring. Sting had to break the tension and explained how the match is guaranteed to be “showtime”. Fans went crazy after seeing CM Punk back in action.

The Elite defeated Lucha Brothers & Jurassic Express via pinfall. Kenny Omega entered the ring and directed Elite to take out the losing side. The Elite had their strength in numbers and took care of Cage before Omega called for the lowering of the cage. The cage trapped Lucha Brothers and Christian Cage inside.

The AEW Dynamite was like a teaser for what was about to come at All Out. The shows were all solid and it was fun to watch. People are waiting patiently for the main event now.

The Falcon and the Winter Soldier: A Team That Promises Intense Action

John Kelly says he would vote to invoke 25th Amendment

Families in the US are struggling due to rising costs, but some governments are stepping in with Stimulus Checks. On July 21, the administration of...

Despite the US government's thinking of presenting another package, there does not seem to be a high probability that there will be another round...