The exponential spread of the Chronic Bee Paralysis Virus in Britain is leading to countless deaths of bees after suffering from a state of flightlessness and severe trembling. This is becoming a major concern in many English and Welsh counties where large-scale commercial beekeeping is practiced.

Reports suggest that the CBP Virus was initially found in Lincolnshire about a decade ago but since then it has spread to around 39 out of 47 English counties and 6 out of 8 Welsh counties.

Scientists at the Newcastle University led by Professor Giles Budge, identify that besides severe trembling and flightlessness, the virus-infected bees form hairless, shiny abdomens. The virus is growing serious with each passing day colonies of bees lie dead outside their hives because of its fatal effects.

Studies conducted at Newcastle University show that the disease was more widely spread in apiaries that import bees for commercial beekeeping rather than in amateur bee yards. There are two possible reasons for this. Professionals bring in new bee queens after a few years to increase production. Secondly, rapid transmission of the virus occurs at densely crowded hives and professional apiaries maintain overpopulated hives of bees for commercial purposes.

But these are only possibilities explored by the team of scientists. The real cause of the spread of this fatal virus in the beehives is yet unclear and scientists claim it to be “unfair” to pin the blame on industrial beekeepers. “The bee farmers of this country tend to be quite small-scale. A standard bee farmer might have 100 to 200 colonies. In the States, they have up to 10,000. Even in Germany, there will be huge-scale beekeeping going on,” added Professor Budge.

While researchers continue to dig out new information on the virus, the chairman of the Bee Farmers Association, Rob Nickless is of the opinion that these studies will aid in improving honey bee health and increase production.

” “Are You Looking For Active Stock? Baker Hughes Company (BKR)

VOLATILITY ANALYSIS: Volatility remained at 11.00% over last week and shows 7.15% volatility in last month. Market risk that established with... 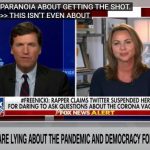 Acosta calls out Fox News for promoting vaccine lies while 90% of company is... 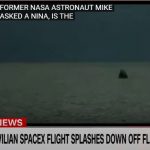 Four people returned to Earth from a three-day extraterrestrial excursion aboard a SpaceX Crew Dragon capsule, marking the end of the first-ever flight to...