Andrew Forrest, a billionaire miner of Australia recently, received the hard end from the government after inviting a top Chinese diplomat at an event.

Greg Hunt, the health minister, expressed surprise when Forrest invited Victoria Zhou Long to give a speech beside him on Wednesday. Mr. Forrest, the Fortescue chairman, came to this decision after receiving 10 million coronavirus testing kits from China.

Since last week, China has been blaming Australia for aiding the US forces in leading a political campaign against China. The Chinese government has also threatened by saying that, Chinese consumers might back off from buying Australian goods. This threat has made the business tycoons of Australia reconsider their decision to back up the government’s appeal of global inquiry into the spread of the disease.

Zhou Long used the chance to quieten Australian criticism and prove how China has been handling the disease with complete gusto. He mentioned that China has maintained a clean and transparent relationship with the World Health Organisation throughout the crisis.

Mr. Forrest reportedly has investments in iron ore in China. 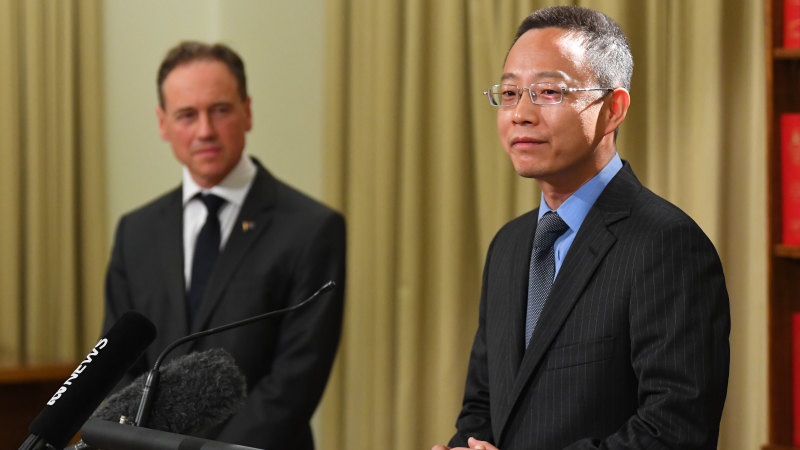 He urged the government to back off on its appeal until the U.S elections in November. He further said that even then the inquiry should not include only China, as that would make the appeal downright political.

Many Liberal senators disagreed with Forrest’s opinion. James Paterson, a Liberal Senator, said that Forrest might be good at handling ores and that his ideas might be followed there but the government will not follow his ideas while making its foreign policy.

The new supply of coronavirus testing kits is bound to boost Australia’s testing capacity, which could lead to an early reopening of local businesses.

You Need to Know this stock? Exela Technologies, (XELA)

Don Lemon Stresses That His Move To Morning Show Is Not A Demotion: He...