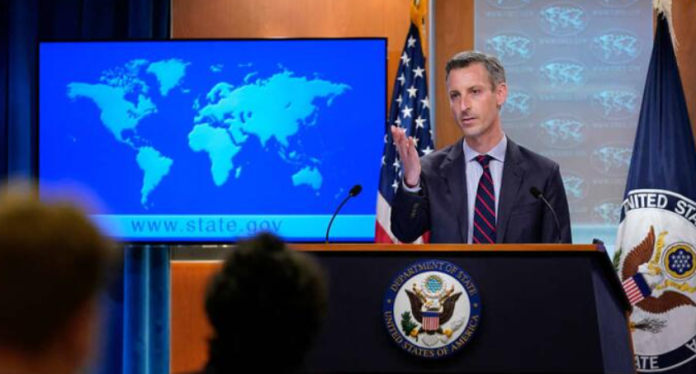 As tensions escalate on the Russian border with Ukraine, Russia has rejected the American accusation that it is building up an excuse to cross over into Ukraine. Washington said that Russia is planning a ‘false flag’, fabricating a Ukraine attack and using that as a pretext to go to war.

The accusation of Russia using ‘false flag’ operations come up even as tension escalates between Russia and the US over Russia amassing 100,000 troops along the borders to the north and east of Ukraine.

The troop buildup and the resulting uncertainty has unnerved Ukraine and have severely affected their economy. The prospect of Russia using a False Flag operation to stage an invasion has further complicated the issue. Russia has denied outright the accusation but has warned that things could escalate rapidly should Ukraine decide to join NATO.

Russia has also demanded a guarantee that NATO will halt expanding into past Soviet republics, though NATO and Washington have termed the demands as a non-starter.

The Russian news agency TASS has reported that Moscow has responded to claims of False Flag operations by Russia. Kremlin spokesman Dmitry Peskov responded to the allegation of staging fabricated attack videos against Ukraine. He said that such an allegation had been made earlier and nothing had come out of it.

The plan False Flag operations allegedly came up through declassified intelligence that America shared with its European allies and Ukraine. It is the newest round of allegations to show that Moscow is preparing to move into Ukraine.

But the US has failed to provide any evidence to support its claims. The American State Department could only allege that the video was one of the several false pretexts that it is initiating to justify a full-scale invasion.