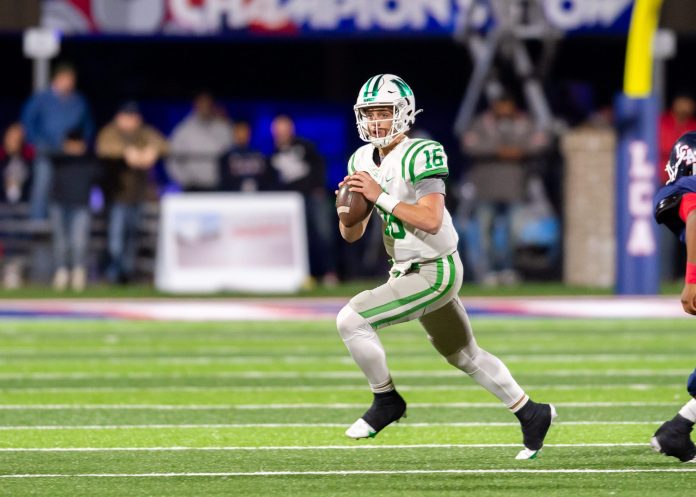 Arch Manning is one of the biggest names in the American football circuit. He has been termed as one of the most promising upcoming young talents and is expected to rule the game. Manning was always keen on the sport since his childhood days. The athlete got involved in the game from an early age and has blossomed into one of the most talented young players. His performances have kept college football enchanted for a long time. Manning recently got his first break as he was roped in by Texas. The athlete was spoilt for choices as so many teams approached him for his services.

Manning has been approached by teams like Virginia, Clemson, LSU, Alabama, and Georgia. Arch Manning does not like to make a big fuss about himself. He and his family lead a very low-key life despite being cited as the top prospect for the 2023 season. He does not indulge much on social platforms as well. He refrains from posting regular updates on Instagram about his life. However, maintaining such a low-key lifestyle has been extremely difficult for Manning. Let us learn more about the story in detail below.

Arch Manning To Play For Texas

Arch Manning has finally made up his mind. After being approached by a lot of teams, the athlete has finally chosen to don the jersey of Texas in the upcoming season. Manning announced the big news in a very humble manner. The news was conveyed to the public via his Twitter account.

Surprisingly, the bio of Arch Manning described him as a “high school student”. Steve Sarkisian is the coach of Texas. He seemed very happy with the acquisition. Steve said that he is very much excited to work with Manning.

Treasury Report About Each Stimulus Check Sanctioned By America

Bitcoin Fighting To Bog Its Price Down At $29K

XPeng (XPEV) traded 3629617 shares on hands in most recent trading session and observed an average volume with 0.1226K shares. The...

” “Are You Looking For Active Stock? Canoo Inc. (GOEV)