Home Politics Arizona Abortion Ban Can Be Enforced By The Administration: State Judge 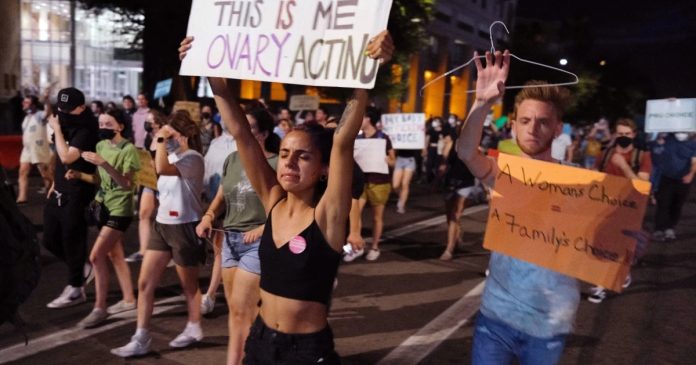 A state judge ruled on Friday that the total Arizona abortion ban that was penned before the state was even formed should be enforced. This appalling decision has thrown the whole issue of abortion into question, a day ahead of the ban after 15 weeks of pregnancy that went successfully through the state legislature.

This extreme ban was enacted in 1864 when Arizona was just a territory. It was codified in 1901. It was blocked through a 1973 court injunction after the Roe v. Wade ruling in the Supreme Court, which ruled that abortion was a legitimate right for Americans.

But Friday’s ruling by Kellie Johnson, a Judge at the Pima County Superior Court, effectively ended that injunction. She referred to the June ruling and noted that Roe v. Wade had already been overruled. She said that the law which was in effect when Arizona was then a territory had not been replaced by the ban on abortions that comes into effect only after 15 weeks of pregnancy.

The Judge rejected the appeal by Planned Parenthood to harmonize the law, stating that the request was unsound. The Arizona abortion ban of 1864, enacted by the territorial legislature of the state, stipulates a 2 to 5-year imprisonment for anyone helping women undergoing an abortion. The law was codified by the state of Arizona in 1901.

Planned Parenthood Arizona’s CEO and President, Brittany Fonteno said that the reproductive freedom of Americans should not be dictated by archaic laws. He was speaking after the ruling on the Arizona abortion ban by Judge Johnson. The organization has stopped providing support for women undergoing abortions. Fonteno said that the Arizona abortion ban was a cruel decision that was dragging the state back.

Arizona’s abortion ban has been effectively in place, as clinics and doctors remained confused over which set of laws would eventually get precedence in the state. Arizona Secretary of State, Katie Hobbs, and the Democratic Party gubernatorial candidate criticized the decision and said that after the ruling, medical professionals will hesitate to even provide basic care. Women in Arizona now travel to California, Nevada, and New Mexico for abortions, and the numbers are set to increase.

Hillary Clinton Was Sued By Donald Trump Over 2016 Russian Allegations

Kyrsten Sinema Gives An Explanation On Her Thumbs-Down Act