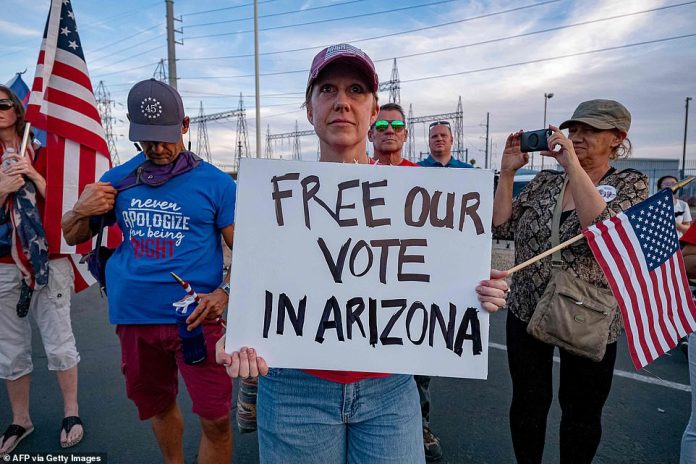 Kari Lake, the Arizona Republican candidate who ran for the governor’s post has refused to admit the results, after being defeated by democrat candidate Katie Hobbs.

People believe who won the 2020 election, during Trump’s reign, were not worthy candidates; now the time has come, and they are losing. The 2020 election conspiracy theories regarding trump messing up with the cyber team might be true.

On the day of the election in Arizona, Maricopa county, problems were raised with printing machines and ballot boxes. It nearly affected 70 voting centers in Maricopa. The ballots failed to show results and the tabulator couldn’t read them. Later they were kept aside and counted separately. Questions were raised later on regarding the authenticity of the vote, and Bill Gates, the republican chairman of Maricopa county, shared a video on Twitter saying every voter had the opportunity to cast their vote that day.

However, this issue in Arizona has raised a lot of eyebrows about the votes that were made, the issue has now gone out of hand, and spread throughout the state ‘spiraling into a swirl of misinformation. Katie Hobbs’s win in Arizona doesn’t satisfy Kari Lake. Whereas, Doug Ducey, a republican candidate congratulated Katie Hobbs and his support for her upcoming responsibilities. He believes she has fought through a hard race, and it is high time to move on from the past, with the 2020 election results.

However, the State of Arizona has to declare their result by the upcoming week, before the statewide election results are published. Things can lead anywhere at any moment, Kari Lake has posted a video mentioning she is still in the fight and isn’t willing to accept the results yet. She has lost her temper with declared results, and as in the 2020 election, Trump has used words like ‘rigged’ and ‘stolen’ this time Kari Lake has used referring to the management of the election as ‘botched’.She eagerly waits for unnecessary campaigns to prove her worth, as Trump did after his defeat with a bunch of lawsuits.

Coronavirus halts production of ‘The Young and The Restless,’ ‘The Bold and the Beautiful’