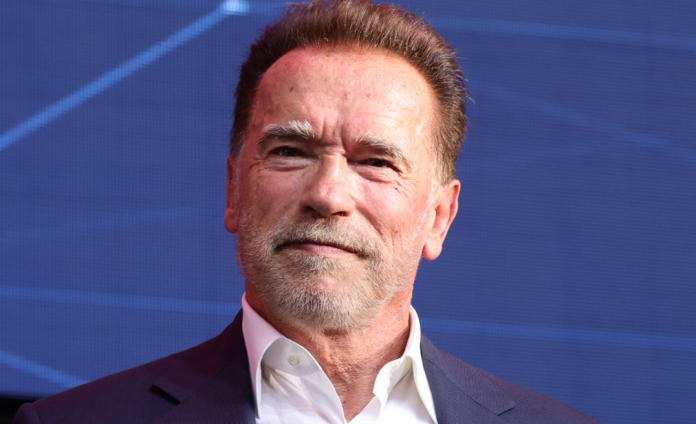 Arnold Schwarzenegger was involved in a multiple car accident this weekend and several fans were sorry to hear it.

Thankfully though, Arnold Schwarzenegger’s representative has provided a positive update on the actor’s status.

The accident occurred on Allenford Ave. and Sunset Blvd, during which Arnold Schwarzenegger was driving a Yukon, according to PEOPLE. The car ultimately made contact with a red Toyota Prius, causing the SUV to roll atop the vehicle before it rolled onto a Porsche Cayenne.

Schwarzenegger’s airbags activated and, per his spokesperson, he’s doing OK.

Per the trade, the woman, not identified, was taken to a hospital to be treated for injuries.

TMZ originally broke the news of the accident and reported that the woman was bleeding heavily from her head. Sources from local law enforcement tell the news outlet that the actor is allegedly at fault in the situation. They claim that Arnold was turning left but that there was apparently a left turn arrow that was still red. The star has reportedly not been ticketed.

As of this, no arrests have been made, and authorities do not believe that alcohol was a factor in the incident. TMZ also captured pictures from the scene, where Arnold Schwarzenegger remained alongside his friend, Jake Stansfield. A source also mentioned that Schwarzenegger would like to personally check up on the woman who was injured.

Arnold Schwarzenegger has been quite busy over the past year. Just recently, the actor finalized his divorce from Maria Shriver, after the two initially split back in 2011. The Hollywood vet has also been finding ways to stay productive amid the COVID-19 pandemic, and one of the prime ways he’s done so is by starting a newsletter.

He is spending quality time with family over the past year, particularly his children and grandchild. The former bodybuilder has even reunited with Sylvester Stallone. It would seem that one of his favorite pastimes is watching the critically acclaimed Yellowstone. And like many, he now has to endure the long wait for Season 5 now that the fourth is over.

Stocks: 2nd half of June is one of the worst stretches of the year:...

Ultrafast EV charging is ‘the next evolution in electric vehicle infrastructure’: FreeWire CEO