Home Politics Biden Speech Speaks Of Threat To The US From Anti-Democratic Forces: Accuses... 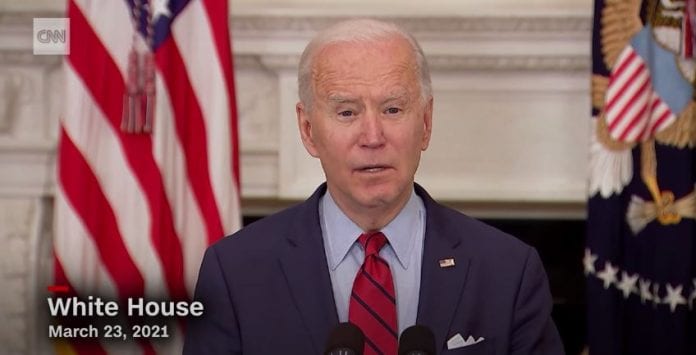 In the sharpest attack yet on his predecessor with 8 weeks to go before the midterms, President Joe Biden has spoken of the threat to the US from forces that are threatening its democratic foundation. The Biden speech took on Trump directly and accused the Republicans of undermining the nation.

The Biden speech was interlaced with a strong attack on Trump as he charged the former president and his cohorts speaking of the MAGA (Make America Great Again) agenda as groups bent upon overthrowing a democratically elected government. The Biden speech also dwelled on the attempts to overthrow the democratic process, ignoring the American Constitution.

The Biden speech dwelt on a backward move towards a nation without the right to privacy, same-sex marriage, contraception, and abortion.

In his speech, Biden spoke of the extremism and threat to the democratic foundation posed by Trump and his MAGA Republicans. He said that the nation was facing an all-out assault on equality and democracy. He said that it was futile to pretend otherwise.

The hard-hitting Biden speech comes with around two months to go for the elections. The president was particularly concerned about the emergence of anti-democratic forces within the Republicans. He was also particularly worried about the re-emergence of the Trump faction.

The Biden Speech Was Focused On The Capitol Riots

President Biden in his speech focused on the areas where the GOP members have been particularly vulnerable, especially as they have yet to come to terms with the vital assault by a Republican mob on the Capitol which forced the Vice president and other Congressmen to make a hasty retreat. The whole sequence of events was led by Trump, who refused to acknowledge his defeat and instead opted to instigate the Capitol crowd to attack the building and those they found in authority.

Filibuster Showdown For US Senate Impending