Home Entertainment “Billions” Closed A Major Account In The 5th Season, Pivots To A... 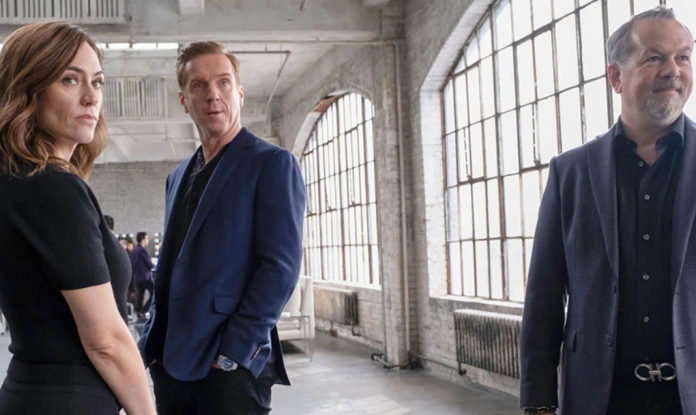 “Billions” is now pivoting to a new star and a billionaire.

The Character of Bobby Axelrod which is played by Damian Lewis got axed by the NY Attorney Gen. Chuck Rhoades, played by Paul Giamatti, and billionaire Michael Prince, which is played by Corey Stoll. Prince bought out Axel’s interests after pulling a double-cross. This allowed him to flee from the country and marked Lewis’ exit from “Billions”.

Brain Koppelman tweeted and thanked Lewis for his services. The actor told the media that the door might still be open for Axe to return but for now, he is vanquished and will be leaving the series.

Axelrod had been defiant going to trial throughout the episode, before surprising everyone by escaping to Switzerland. In his final scene with Prince, the character admitted defeat and mused about his loss.

The Sixth Season Of “Billions” Will Return In January

It was announced that the sixth edition will come back in January and teased the fans with small clips where Rhoades had set his sights on removing Prince as a payback for not letting him put Axe behind bars.

The 5th season was on the air, in 2 parts because of a delay in production due to the Covid-19 situations.

The casting change comes at a time when the show had played out many of its arcs, offering a chance to shake up those dynamics. Lewis’ departure follows the death in April of his wife, actress Helen McCrory, after a battle with cancer.

The tease for season six of “Billions” makes clear that Prince and Rhoades will become the show’s new central combatants, supplanting the feud with Axelrod, which — in the middle of the series — saw the two briefly become allies.

“Now you’re my problem,” Rhoades told Prince in the finale.

Lewis has a long affiliation with Showtime, winning an Emmy for the first season of “Homeland.”

MSFT Will Have Its Price Target Reduced To $290

Steph Curry Is Well Suited For The New Changes In NBA