Carrie Underwood is a popular music artist in America. She has recently landed herself in trouble. A large number of people criticized her for her actions. Carrie liked a recent post that was against the practice of wearing masks. The tweet was posted by a podcaster who was conservative. This has enraged many people including fans of Carrie Underwood. All of them wanted their favorite star to abide by every regulation relating to covid.

The singer seems to have liked the post for certain reasons. However, that has not refrained the people from taking a hit at her. Underwood recently hit the like button on a post that supported the anti-mask campaign.

Matt Walsh is a conservative who hosts a popular podcast. He tweeted videos from his conference at Nashville School. He expressed his concerns for the children. Walsh thinks that wearing a mask was troublesome for the children. He went on to term the practice cruel. The podcaster went on to coin the practice of wearing a mask as “cruel”. Walsh compared wearing masks to the muzzles worn by the rabid dogs.

In support of Walsh’s statements, he presented statistics. The stats portrayed that more children have succumbed to the flu in the pre-pandemic era. Walsh asked authorities to stop the inhuman regulation as soon as possible.

Carrie Underwood faced huge criticisms for liking the anti-mask campaign. Walsh extended her support towards the singer. He expressed his grief that Underwood had to face criticism for liking his post. Underwood, however, did not react to any of her critics. No official statement has yet been recorded from her. America has recently witnessed a surge in covid cases. Following the recent scenario, a strict set of guidelines has been implemented.

Sen. Tom Cotton under fire for comments on slavery, attacks on NYT’s 1619 Project

What are Surebets? How does it Work in Betting? 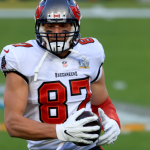 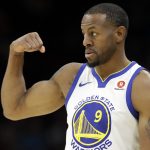