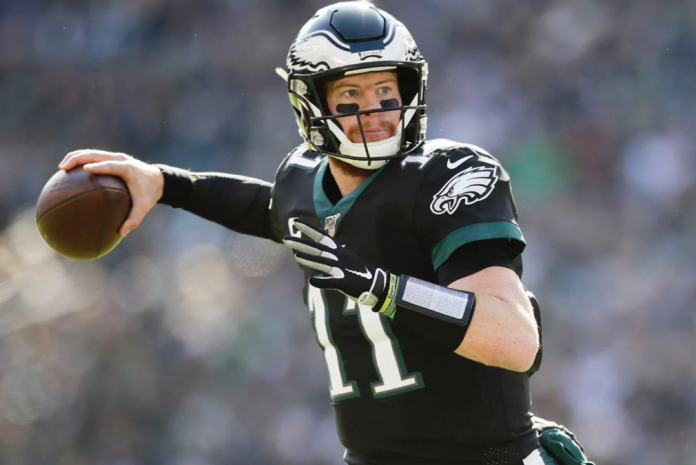 Carson Wentz had refused to reveal his vaccination status by stating it as a “personal decision”. The Indy media had taken this chance to turn against him by calling out his lack of leadership. He had to chance to change people’s minds and save lives but he chose to keep away from it.

Carson Wentz And His Decision To Not Get Vaccinated

Carson Wentz is a highly paid quarterback and this responsibility comes with the job. He is expected to be a leader of the team as well as in the community. Wentz sat out for the training camp after undergoing surgery on his foot, which became the next “breaking news”. He worked hard on his recovery and healed faster than anticipated, after which he joined the practice in a limited manner.

People expected him to be ready for the game after he was deemed clear to return to practice. But he was not.

It was then that his previous comments were highlighted again. Carson Wentz sat on the COVID list along with 2 other Colts after being in close quarters with a positive-tested coach.

Everyone’s suspicions came true when it was revealed that Carson Wentz did not get vaccinated. If he was vaccinated, the NFL protocols would not have slapped him a quarantine for 5 days (minimum). That is required only for the unvaccinated players who came into contact with people who were positive for the virus.

The Colts will still continue to practice without Carson Wentz. Some of the players have special bonuses in their contracts that are tied to performances or wins which would have been easier to attain with their favorite quarterback on the field, but it has to wait.

The players are becoming familiar with his absence and they hope that his “personal decisions” do not bite them back financially.