Home Entertainment Clayton Echard Wades Into Conflict Between Shanae And Elizabeth: Goes For An... 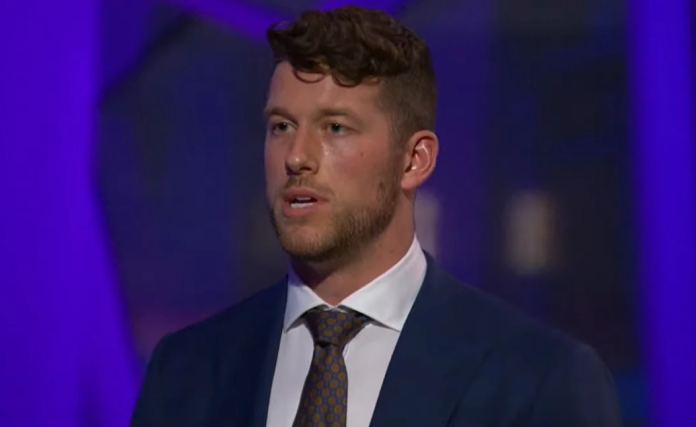 In several reviews of Clayton Echard’s season in The Bachelor, he made clear that he had feelings for more than one contestant. He was led by his emotions as he met with two of his Fantasy Suite date finalists, leaving the two women in tears and causing the women to feel broken when Clayton Echard broke the news to them.

Clayton Echard finally ended the drama between Elizabeth and Shanae and made an extreme decision. The former football player revealed that they were not discussing relationships or growing together.

Clayton Echard’s quest to discover love just got a tad fishy. He entered the ultimately canceled cocktail party, still in a subdued mood as he was forced to deal with more drama between Elizabeth and Shanae.

The former NFL star revealed that the drama that was unfolding between the two ladies had started to affect the time that he got to spend with them. Many disturbing details came up to him over the week. He stressed to the group that he could move onward with the party only after he had successfully addressed the issue first.

Clayton Echard Was Upset At The Conflict And Cancelled The Cocktail

Clayton Echard requested both Elizabeth and Shanae to step outside so he could talk to them. Once Elizabeth, 32, and Shanae, 29, were outside, Echard said that he felt connected to both of them. But it was frustrating for him that their conflict was preventing him from going ahead with a relationship.

Elizabeth and Shanae had called each other names. Shanae told Elizabeth that she was being a bully and said she was fake and toxic and got into a slanging match. Clayton Echard was upset and moved away, not sure how to intervene in their fight.

He later said that they were not resolving the issues but getting into silly issues like the fight over some shrimp.

Jesse Palmer, the host revealed that Clayton was not keen on the party and wanted to move on to the final rose ceremony straightaway. At the rose ceremony, Melina, Kira, and surprisingly Elizabeth, were eliminated. The rest travel for the following leg to Houston.

What’s behind this controversial style of police training

Bull market vs. Bear market: Yahoo U explains the difference