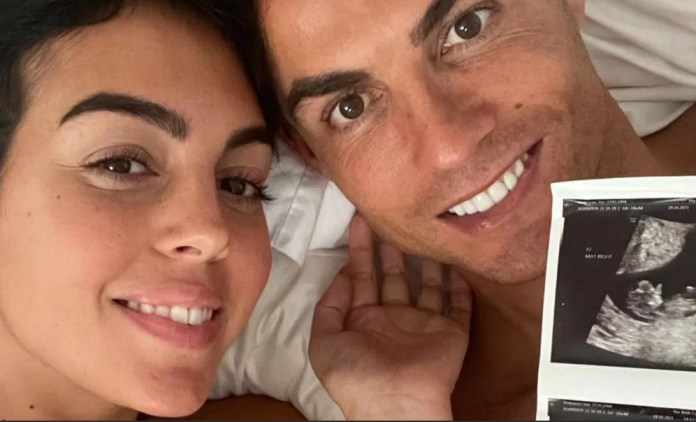 Cristiano Ronaldo is currently a father to 4 children, which includes twins Mateo and Eva Maria who are 4 years old, a daughter named Alana Martina who is 3 years old now, and his son Cristiano Jr who is 11 years old.

Cristiano Ronaldo Is Planning To Expand

Cristiano Ronaldo made a post on Instagram and announced that he and his girlfriend,  Georgina Rodriguez are expecting twins.

He shared this marvelous news and added a photo of him lying down in bed with Geo while holding up the ultrasound photos. He also included a picture of himself hanging out with his 4 other kids, 4-year-old twins, Eva Maria and Mateo, 3½-year-old daughter Alana Martina, and 11-year-old son Cristiano Jr.

He captioned the picture, “Delighted to announce we are expecting twins. Our hearts are full of love – we can’t wait to meet you #blessed,” on Instagram which was shared by Geo to her page.

Last month, Cristiano Ronaldo shared loads of family pictures on Instagram, where he was enjoying the sunny weather out in Manchester, smiling with his 4 kids playing around him.

He captioned the picture with the words,
“Who says there is no sun in Manchester?” and includes the hashtag “#blessedfamily.”

Manchester United announced that they had reached a deal with Juventus, back in August, to get the services of the Portuguese forward in England. He had joined Juventus back in 2018, in a trade with Real Madrid.

Cristiano Ronaldo previously played with Manchester United for six years from 2003 to 2009. There, he won three league titles and one Champions League. The father of 4 then played for nine years for Real Madrid from 2009 to 2018.

The Chiefs May Regret Their Goal-Line Defense