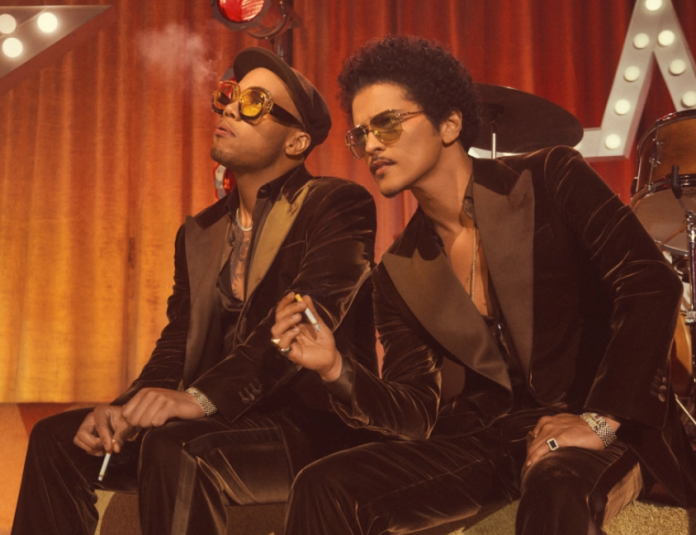 Bruno Mars continues making infectious fusion pop and this time he and Anderson Paak have announced the release of their Silk Sonic album, An Evening With Silk Sonic, which releases on November 12. The album also features Bootsy Collins as a special guest and host. It includes singles such as Leave The Door Open, a number 1 single, Intro, and Skate.

The duo had announced the name in February and had performed Leave The Door Open some days later. Bruno had suggested in an interview in August a tentative date of January next for the release of the album by the duo. He had then said that they were in touch-up mode. The structure of the album had been ready and all that was left to complete the album was, in Mars’s words, a little more grease.’

These two talented performers with varying styles have come together. While Bruno Mars is as usual the unbeatable and upbeat showman, Paak has stuck to low-key, scratchier vocals for a mix of the rap funk, wonky and screwball style.

Silk Sonic Is An Album Of Fusion With Elements Of Funk, Rap, And R&B

As a duo, Paak and Bruno have come out as a funk-revivalist sub-fraction and not exactly a supergroup. Silk Sonic comes across more like a work of fusion incorporation rap, R&B, funk, and not as the 60s-70s retro though it has been styled as such.

All the genres have mingled in the works of Bruno, Paak, and Bootsy. And An Evening With Silk Sonic has fused these styles to give a breezy and skillful performance.

Paak’s solo performance tends to be more inclined towards Awaken, My Love! and An Evening With Silk Sonic succeeds in loosening up Paak somewhat.

The album succeeds in coming across as music made for an occasion.

Mars’ last single was Blow featuring Chris Stapleton and Ed Sheeran released in July 2019. Additionally, the last album released by Bruno was 24K Magic and won 7 Grammys including Best R&B Album and Album of the Year.

Clippers Land Themselves A 132-111 Victory