Dillon Brooks is one of the finest players in the NBA. He is originally from Canada and plays as a professional in America. He is currently associated with the Memphis Grizzlies. Brooks started his playing career at a very young age. He used to play basketball for the Oregon Ducks in his college days.

Brooks got his first shot at the prestigious league when he was roped in by the Houston Rockets. He had a short time with the Rockets and was traded off to the Grizzlies in the year 2017. Dillon Brooks also plays for the national team of Canada. Since joining the Grizzlies, Brooks has had a successful outing.

However, injury has often become a hindrance to his progress. According to the latest reports, Brooks will be missing out on the opener against the Bucks. Let us learn more about the incident below.

The latest injury suffered by Brooks will keep him out for the opening preseason game. The Memphis Grizzlies are scheduled to play against the Milwaukee Bucks. The team announced on Monday about the injury of Dillon. He is said to have a sore thigh that will prevent him from featuring in the match.

The athlete did not appear for the regular practice session of the Grizzlies. He is expected to be nursing his injury at the moment. Dillon was one of the most durable and consistent athletes for Memphis. The injury of Brooks will make an opportunity for Desmond Bane to start the game.

Apart from Dillon Brooks, the Grizzlies will also be without a number of their key players. Sam Merille, Killian Tillie & Sean McDermott will be warming the bench due to injury. Coach Taylor Jenkins said that the team needs to carefully handle the players.

Why investors are thinking like the Fed; IBM expands 5G with Verizon and Telefonica,...

Michael Che Criticized For His Posts About Biles 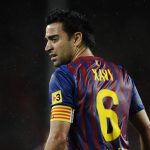 Xavi Hernandez is very much disappointed in Barcelona's efforts. He expressed his anger publicly at the post-match press conference. The Barca coach has every... 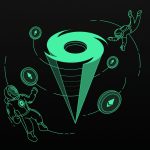 Tornado Cash Has Been Blocking Access Of OFAC Sanctioned Addresses

Last Friday saw Tornado Cash announce that it had been utilizing oracle contracts to block several wallet addresses that had been sanctioned by the...

The Governor of Pennsylvania, Tom Wolf, has been calling on the General Assembly of the state to pass legislation for another stimulus check plan....

As it is widely known, the federal government did do a good job by granting billions in stimulus check aid relief for multiple families...