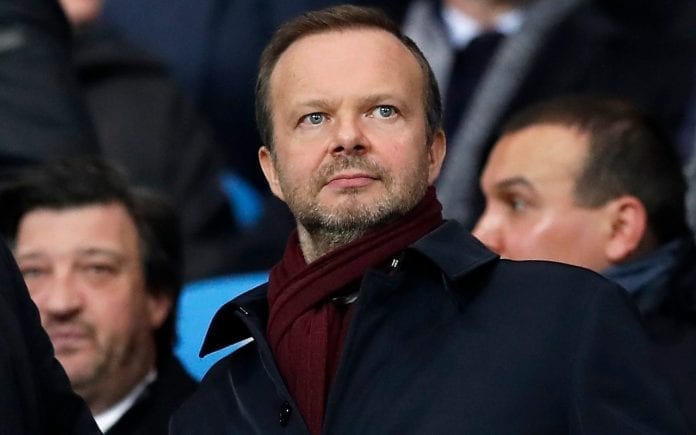 Ed Woodward, Manchester United’s executive vice-chairman has decided to relinquish the role when 2021 comes to an end. The announcement follows the recent chaotic events surrounding the formation of a European Super League.

Manchester United was one of six clubs from the English Premier League who had signed up for a future European Super League. The decision caused massive outrage among fans and everyone involved with the clubs. As such, all six including Manchester United had decided to withdraw from the tournament. Joel Glazer, the owner of the club, was going to be a vice-president of the new competition.

Ed Woodward, 49, had joined United back in 2005. He has been the executive vice-chairman since 2012. Apparently, he was going to leave anyway but the announcement was brought forward due to recent events.

Woodward said that he is extremely proud and honored in having served the club, which he claims is the world’s greatest, for the previous 16 years. As such, he continued, that he sees the club as being well-positioned to face the upcoming future and that he will find it difficult when he walks away when the year draws to a close.

He had also resigned from his UEFA role in the Council For Professional Football Strategy following the announcement of the ESL plans. On Friday, he had major suggestions regarding a revamped model for the Champions League. UEFA was hopeful that the updated 36-team format would deter any attempts of breaking away, but the Sunday announcement came anyway.

Aleksander Ceferin, the UEFA president, was extremely critical of Ed Woodward. He claimed that even on Thursday evening, Woodward had been “very satisfied” with the proposed changes.

Joel Glazer also expressed his thanks for the man’s services. Woodward had been an integral part of United’s controversial acquisition by the Glazers in 2005.

Cincinnati Open is one of the most prestigious tournaments in the entire tennis world. It is from this tournament that a lot of popular...

Odell Beckham Jr is one of the biggest names in the NFL circuit. He is known for his aggressive game and is ranked as...