An ex-politician from Florida and he has recently emerged as one of the most important figures in an investigation that involves Matt Gaetz, Republican. Joel Greenberg has decided to plead guilty to sex trafficking a minor along with several other offenses. He has also agreed to cooperate with the federal investigators.

According to the copy of the pleas argument of Matt Gaetz’s case that was filed by Greenberg in the court, the latter will plead guilty of 6 charges. These include falsification of an identity document, wire fraud, identity theft, stalking, conspiracy, and sex trafficking a minor.

The Case Of Matt Gaetz Deepens

Greenberg was an ex-tax collector of Florida. He is scheduled to appear in the court of Orlando on 17th May, Monday. That day he will be pleading guilty in a formal manner. The papers of the court also revealed that he has decided to completely cooperate with the Department of Justice in their investigation and prosecution of the other suspects including Matt Gaetz. In case needed, he will also testify against them in court.

One of the most key individuals who is involved in the case is Greenberg’s former Florida Republican and friend, Matt Gaetz. This Congressman is also under investigation over probable sex crimes against a minor.

Although the spokesperson of Gaetz informed that he has no association with the Greenberg case, the investigation has him under the radar. The file of Greenberg also opened wild secrets of digital targeting of minors for sexual activities. As of now, Gaetz seems to be intricately involved in these illegal practices and might be punished by law for breaking for illegal activities. 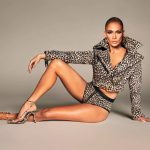 Jennifer Lopez Revisits Her Sad Past

Jennifer Lopez believes in love, and so do we. She believed in herself and conquered her pain, making her the strong person she had... 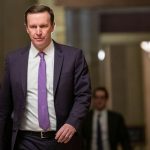 Chris Murphy, the junior Democratic Senator from Connecticut, admitted that any federal effort to ban assault-style weapons or other gun restrictions would fail to...

Tax Refunds In 2023 Expected To Be Way Less Compared To Previous Year: IRS

The Internal Revenue Service has said that 2023 income tax refunds may be way smaller when compared to 2022. The IRS has in an...

The Republican Governor of Arkansas. Asa Hutchinson has torn into Trump for meeting white supremacist and Holocaust denier, Nick Fuentes at his Mar-a-Lago home...

Just before the holidays, thousands of people have a week or less to submit claims for hundreds of dollars in tax Rebates. Residents of...