It was the night of the 43rd Kennedy Center Honors on Sunday. The event remained as star-studded as other years but saw a scaling-down owing to the ongoing pandemic. The honoraria ceremony took place at the opera house of the Kennedy Center with 120 people in attendance. Tables were laid out in the backstage area and on the stage for the guests of the night. The ceremony was hosted by singer Gloria Estefan. The 21st May ceremony ran for just about an hour and a half which was aired on CBS.

The Kennedy Center Honors performances were shifted to two different locations. One among the two was an outdoor tent and the other was an enclosed location. Several musical tributes were played out by artists from various realms and genres. Vanessa Hudgens performed on the title song of the famous TV series Fame in a tribute to dancer-choreographer Allen. In a tribute to folk music and its singers, Joan Baez was introduced by Jackson Browne. Among other recipients of the tribute were Dick Van Dyke and Debbie Allen.

The Emotional Tribute Of The Kennedy Center Honors To Garth Brooks

The Garth Brooks tribute was saved for the last at the Kennedy Center Honors. Bradley Cooper was seen giving an introduction about Garth Brooks and his success in all these years. Country singer Jason Aldean said that Brooks was cool enough to mix music in the tunes of rock and roll. He was not a traditional singer by any means. John Travolta was more personal in addressing Garth Brooks as a close friend. The hit “The Dance” by Garth Brooks was performed by Kelly Clarkson rendering it into her own version. Sitting in the audience with his wife Trisha Yearwood, Brooks was seen emotional several times during the tribute.

Kylie Jenner On Being The Mother Of Stormy

What Car Accident Lawyers Want You to Know

FireEye CEO Kevin Mandia talks with CNN's Julia Chatterley about the acceleration of cybercrime and the risks of paying ransoms.

Over the previous five years, only one fight has been won by Nate Diaz. However, that hardly seems to matter to the fighter. On... 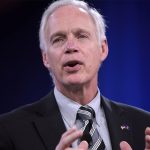 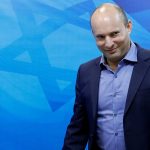 Naftali Bennett Set To Be The First Leader After Benjamin Netanyahu

Benjamin Netanyahu, the present Prime Minister of Israel, had been in power for over 12 years. This is among the longest tenures of any...