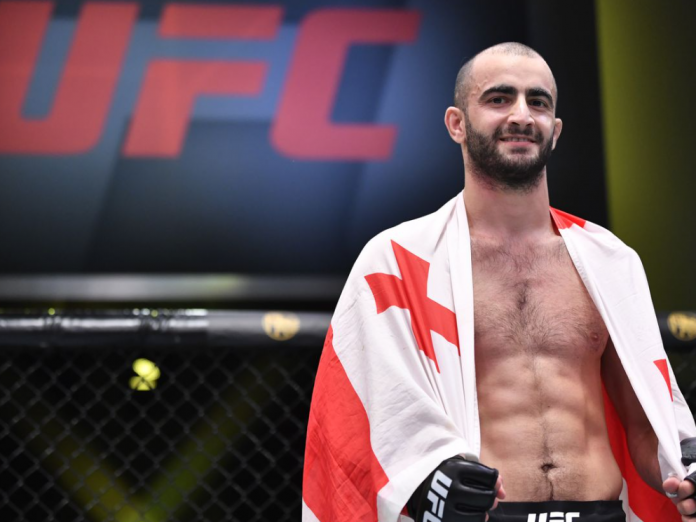 Giga Chikadze fights like an octopus wielding nightsticks and a baseball bat.

Giga Chikadze fights full of action and uses every limb to damage his opponents. His fight with Edson Barboza was the main event in UFC Vegas 35 and was one of the best bouts on paper. The bout has created a new star in the profession.

Giga Chikadze Vs Barboza, One Of The Best Bouts In 2021

Giga Chikadze powered over Barboza, which was a fight between two of the best fighter. He had bludgeoned Barboza in the previous rounds and stopped him at 1:44 in the third round.

Chikadze was faster and more accurate than his opponent, who was the favorite in this bout. He was a stalwart in the lightweight division for the last 10 years.

Giga Chikadze was a kickboxer and is entering the UFC after debuting in 2015. Fighting was always in his DNA.

Chikadze stated that he was doing this since he was 4 and his dad had planned the same for him. He does not want to do anything other than fight in the ring. He stated that martial arts were his hobby.

He is going to be paid really well for his hobby and has sacrificed several things to reach this level. People in his camp advised him to pull out due to his injuries and muscle tear in his bicep.

Character is always a big factor but Giga Chikadze has the required skills to make a difference in this bout. He beat Barboza to every single punch and was moving in the ring, effortlessly.

Giga Chikadze thanked and praised his team for the preparation and he felt like he knew everything about Barboza. Chikadze was quick and his speed brought in a new perspective. Edson was not prepared for the speed and efficient footwork. This could easily be stated as Giga’s best performance.

Giga Chikadze came to the fight with a rank of 10 in the featherweight division and is expected to shoot up the ranks.

I am an admitted skeptic of cryptocurrencies: Chief Investment Strategist Liz Ann Sonders

VOLATILITY ANALYSIS: Volatility remained at 1.56% over last week and shows 1.45% volatility in last month. Market risk that established with...