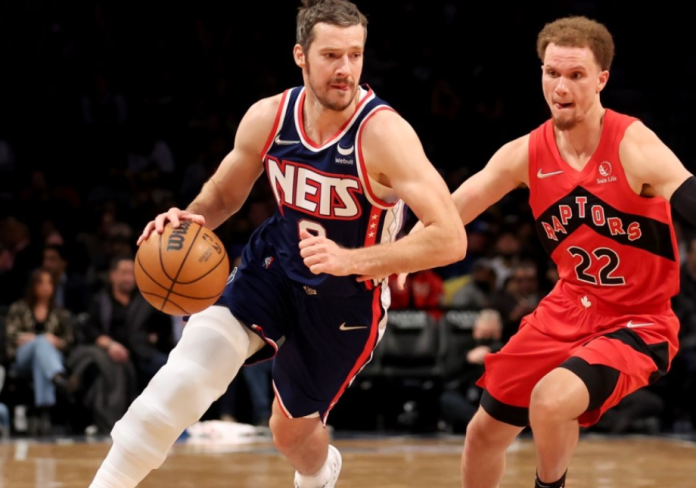 Goran Dragic made his hotly anticipated return to Toronto on Tuesday night as the Raptors faced the Brooklyn Nets in the back half of a home-and-home.

As expected, the Scotiabank Arena booed Goran Dragic at every opportunity, be it when he checked into the game, touched the ball, or stood alone at the free-throw line. His treatment was reminiscent of when Vince Carter returned to Toronto for the first time after being traded to the then-New Jersey Nets.

Despite being lauded for his positive impact on the younger players, members of the Raptors organization were ambiguous as to the reception Dragic would receive from the fans in Toronto. Head coach Nick Nurse said, if he had to guess, it would be a negative one, which proved correct.

“I don’t know. I don’t know if there will be much of one,” Nurse told reporters prior to the game. “I would say if there is one it probably won’t be great.”

Goran Dragic Had A Tumultuous Time In The North

Goran Dragic’s tumultuous time north of the border was a rigmarole that included him stating “Toronto is not my preferred destination. I have higher ambitions,” shortly after joining the team in the Kyle Lowry trade.

He was also granted a leave of absence from the club only to be seen not only working out in the Miami Heat’s training facilities but attending their games, as well.

All told, Dragic suited up in just five games for Toronto as the organization opted to prioritize giving heavier minutes to younger players on the roster.

The Slovenia native was dealt with the San Antonio Spurs at the trade deadline in exchange for veteran Thaddeus Young. Dragic was quickly bought out by the Spurs and signed with the Nets.

He posted a modest but efficient 10 points and two assists in 15 minutes of action on Tuesday as the Raptors eked out a one-point victory.