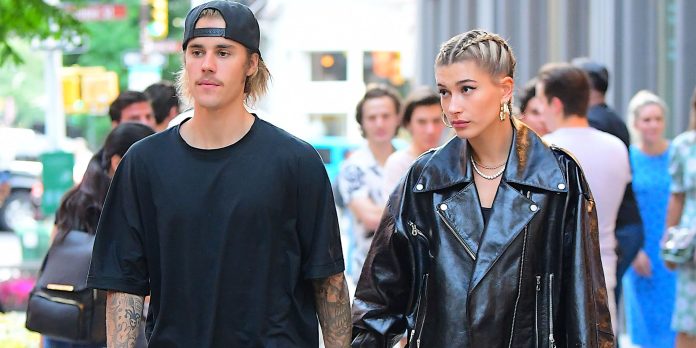 Hailey Bieber said she’s grown careful of giving information about her personal life and relationship during interviews now that they’ve been married for nearly three years.

In an interview with WSJ magazine to promote her upcoming skincare brand, the model said that some issues, such as her marriage to pop singer Justin Bieber and their personal lives, are off-limits in interviews. She’s told her team that in the following year, she won’t be conducting any more interviews about such themes.

Hailey Bieber On Becoming A Mother

Justin and Hailey Bieber have been married for three years, and many fans are curious as to when the young couple will conceive a kid. The 25-year-old model opens out about her feelings about becoming a mother.

Despite her refusal to discuss certain subjects, she did provide the outlet with an insight into her relationship. Their marriage works, according to Hailey, because they thrive off of each other and introduce one other to new experiences. She also claimed that they have put raising a family on the back burner because Justin’s tour starts next month and she has so many projects going on in her personal life.

The model stated that she had originally planned to be a young mother, but she has now changed her mind. Justin also seemed to agree with Hailey’s decision to wait before starting a family.

In December 2020, Justin informed Ellen DeGeneres that while he wants multiple children, he’ll leave the precise number up to his wife.

Hailey Bieber has her own YouTube channel, which has 1.47 million followers, so she can communicate directly to her fans. She’s also creating a skincare line called Rhode, after her middle name.

Why is Technology Important when you Run your own Business

TOP TECHNOLOGY TRENDS YOU SHOULD WATCH FOR IN 2020