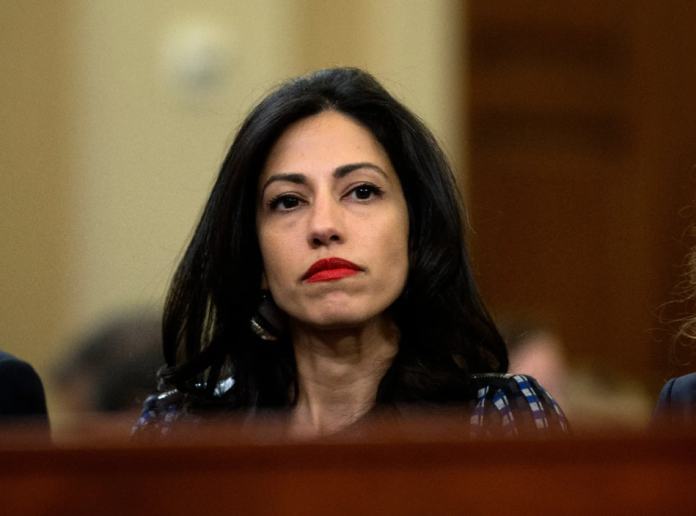 Long-time Hillary Clinton top aide and adviser, Huma Abedin has alleged in her book that a US senator assaulted her. The estranged wife of former Democratic congressman Anthony Weiner said that she ‘buried’ the incidents until the memories were triggered after the allegations of sexual assault against Justice Kavanaugh.

Huma Abedin has made the shocking assertion in her memoir to be published next week. The book, Both/And: A Life In Many Worlds, does not identify the senator or his party. Neither does it give clues to the person’s identity.

Huma Abedin has written about a dinner where several US senators were present along with their aides. She makes certain to mention that her former boss, Hillary, was not present. She was then invited for coffee to the apartment of a senator. She says that the senator made advance when they were seated next to each other on the couch.

Huma Abedin Recounted The Revulsion And Shock At The Incident

Huma Abedin describes the revulsion and shock at the behavior of the senator. She pushed him away as the senator apologized profusely. While some have said that it was more a case of misread signals and intentions, Huma Abedin has termed it a sexual assault.

The alleged assault is described in the book after Huma Abedin, along with the Clintons, attended Trump’s third marriage in 2005. She says that the marriage felt like an Arab wedding. Abedin grew up in Saudi Arabia.

She said that after the incident at the Senator’s home, she walked away, trying to appear indifferent.

But the incident involving Supreme Court judge Kavanaugh brought back the suppressed memories. The Judge was nominated to the highest court by Donald Trump despite the allegations of sexual assault and misconduct.

Huma Abedin says that the assault changed her life totally, and she had to resort to therapy in 2012 to get her life back on rails. It had led to anxiety and panic attacks then. She was distressed when Professor Christine B. Ford was accused of a convenient memory while recounting her assault.

Barcelona Wins A Tough Derby, Xavi Gets His Debut

Marathon Digital Holdings, (MARA) traded 13231357 shares on hands in most recent trading session and observed an average volume with 12928.53K...

Riot Blockchain, (RIOT) disclosed a change of 4.70% and its listed share value at $5.57 in the recent trade transaction. This...

You Need to See this stock? Lyft, (LYFT)

Novavax, (NVAX) exchanged 13687464 shares on hands in most recent trading session and observed an average volume with 7144.8K shares. The...

Should You Observe this stock? Rivian Automotive, (RIVN)

VOLATILITY ANALYSIS: Volatility remained at 6.94% over last week and shows 7.67% volatility in last month. VOLATILITY is also measured by...