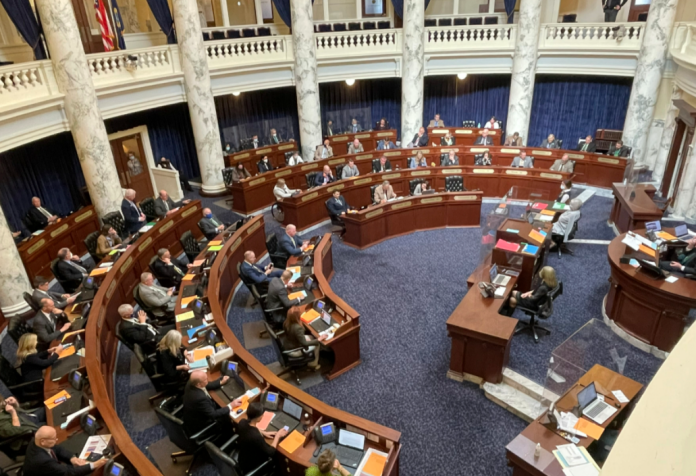 The Idaho Legislature has earned the dubious distinction of being the first American state to push through the abortion law, prohibition it after about 6 weeks, or earlier if a heartbeat is sensed.

With the Supreme Court also filled with the Republican nomination, the conservative section of the court will very likely overturn Roe vs Wade ruling, thus effectively ending abortion at a stage later than 6 weeks.

The Idaho Legislature passed the abortion bill 51-14 on Monday. There was no Democratic support for the legislation. With the Senate approving the bill, the signature of the Governor is now a mere formality.

Abortion rights and human rights groups have called on Governor Little to apply his veto power. Planned Parenthood said in a statement that the bill was a mimic of the law passed by the Texas legislature and was signed into law in May 2021. It has been controversially left standing by the US Supreme Court.

Planned Parenthood said that the lawmakers of Idaho opposed to abortion have ignored public opposition to the law and hurried through with the legislation. They seemed intent on capitalizing with the Supreme Court order legitimizing the Texas law.

The CEO of Planned Parenthood, Jennifer Alen said that the Idaho Legislature and the Governor should have listened to the appeals of the medical community, blocking this legislation. She said that it would force patients in Idaho to move outside the state for time-sensitive and critical care, or go through with their pregnancy against their will and at times, medical advice.

The only exception in the law passed by the Idaho Legislature is that, unlike the Texan anti-abortion law, the present Idaho law would provide an exception in cases of incest or rape. Though a rapist is not allowed to sue the practitioners under the new bill, members of his family could sue, victims may have to go for a police report, give it to a medical specialist, before they are allowed to go through the procedure.

SE Cupp: Stefanik a disgrace and a disappointment