Home Political Infrastructure Bill Proceeds In The US Senate

The infrastructure bill of the year 2021 has finally been pushed to the second step. This was done by the US Senate on the 30th of July that fell on a Friday. The total amount of the said bill is estimated to be 1 trillion USD. And it is a bipartisan bill. The bill was formed in such a way that it covers the entire agenda of the administration of Joe Biden, the President of the country.

The total number of votes that was earned in order to proceed with the infrastructure bill was 66-28. With the motion having already taken place, a potential for a change has been opened up. It will be carried out through various processes of amendments. The number of senators belonging to the Republican party who voted in favor of the bill is 16. These Republicans together with the Democrats gave their approval for the motion.

Moving forward, the senators will have to agree on the amendments that are to take place in the infrastructure bill. The threshold for the votes is 60. The text of the said bill has been displayed formally until now. And it is very unlikely for the amendments to take place until a finalized deal will be offered by Chuck Schumer, the Majority Leader of the US Senate.

It will be regarded as a substitute amendment. Ahead of the votes, Chuck Schumer gave a statement. He said that the infrastructure bill should be processed as soon as possible as it was a bipartisan subject. He also added that if that is done then the following weekend could be used in other related activities. Schumer also stated that if they have the support of politicians belonging to the Republican party then the bill can be completed within a very short span of time.

Is it safe to go trick-or-treating this Halloween? Dr. Fauci weighs in

Supply chains: No one expected ‘the pileup of ships and the delays at this... 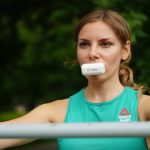 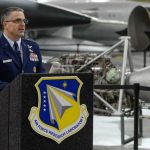