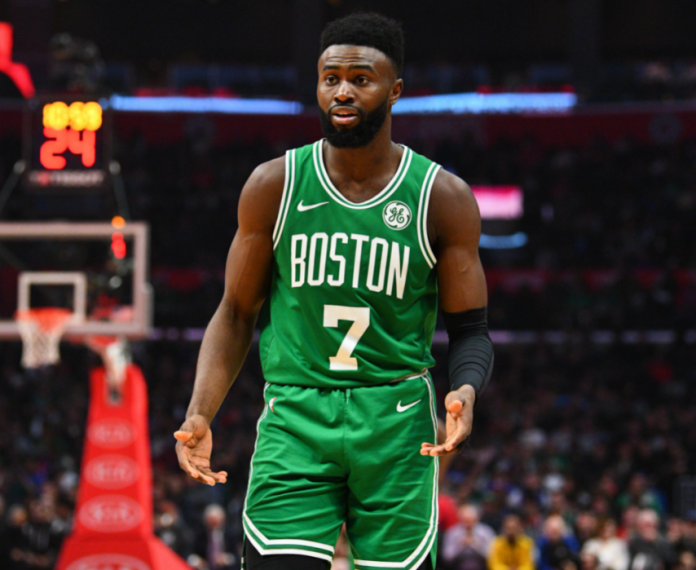 Celtics ended the night with a comfortable win over Miami Heat, but with injuries to Jaylen Brown, their star wing, who suffered tightness in his hamstring, and Heat’s new guard, Kyle Lowry who sprained his left ankle, after a clash with Duncan Robinson.

Kyle Lowry hopped straight off the floor after 28 minutes without putting placing weight on his left leg, contributing 6 points, 7 rebounds, 5 assists, and 3 steals. He struggled with his shot and committed 6 turnovers.

Jaylen Brown was on the floor for 30 minutes during which the Celtics’ wing got a total of 17 points, including 2 assists, 5 rebounds, a block, and a steal, pacing Boston’s starters even during a night of off-shooting.

Miami’s 5-win streak ended with this game as they trailed by 26 points, turning out to be their poorest showing this season. But a bigger concern is the injury suffered by Lowry.

He is a valuable addition to the off-season transfer and has given Miami Heat a veteran who is capable of late play alongside Jimmy Butler. Kyle Lowry came into Thursday’s game with an average of 10.7 points plus 7.5 assists.

Jaylen Brown came into Thursday’s game with an average of 26.9 points as the Celtics has finally found its guard. The Celtics had their second straight win. They have managed to hold Magic, and now Miami each below 80 points.

Jaylen Brown has some hamstring tightness, informed Ime Udoka, the Celtics coach. He said that Brown had earlier issues with his hamstring so they are taking the cautious route and he will be checked out. he said that more information should be expected by tomorrow.

RTLR Receives “Hold” As The Average Rating From Brokerages