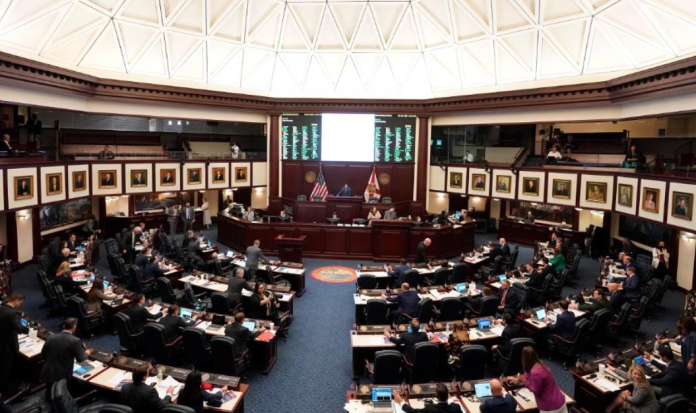 The Florida House which is mostly controlled by the Republicans, passed a new bill this Wednesday that would have authorized a security office that would investigate all the crimes related to the election. This new office would be liable to punish the offenders and also increase the punishment of the offenses which would violate the laws of the election held in the State.

In earlier times, Ron DeSantis, who is the GOP Governor of Florida proposed a police team for election purposes to prevent all kinds of criminal offenses. This new legislation is just an advanced version of that proposal. The voting procedure has ended in the Florida House and the legislation just needs the signature of DeSantis.

In the view of Daniel Perez, a lawmaker of Republican stated that this whole project will cost $3.7 million and he even submitted the bill in the Florida House. This would make Florida be the first state to implement a unit that will be solely dedicated to all the criminal activities occurring in the election.

It is for a fact that frauds during elections are very rare and the Republicans and Democrats have stated that the election that happened in 2020 went smoothly without any fraud or criminal offense. Moreover, as per DeSantis, the Florida House has passed the audits of the election of 2020 with no major issues.

This extra resource authorized by the Florida House would help to catch the bad guys even more efficiently. This is a second attempt to tighten the security during the election as the followers of the Trump Government have continuously asked for a review of the 2020 election.

Suspension Of Rudy Giuliani From His Law Practice In NY State!

Stimulus Check In Massachusetts As Tax Refund Being Delivered