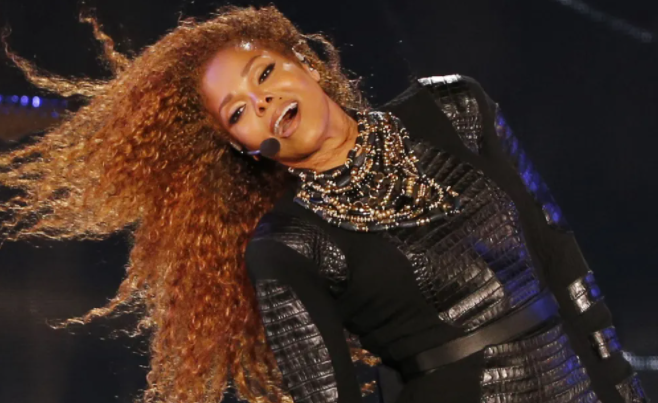 The new trailer for the Janet Jackson documentary is set to be on air on Lifetime, on January 28, 2022. The event for 2 nights is perfectly timed with the 40th anniversary of Janet’s first album.

The four-hour documentary that was in the works for more than 5 years, follows Janet Jackson as her family is going through the loss of their father, Joseph, who passed away in 2018. The film also shows never-before-seen archival footage and detailed accounts of her biggest moments, including her 2004 Super Bowl halftime show performance with Justin Timberlake, which sparked a controversy that has followed her over the years.

Justin Timberlake had returned to the Bowl in 2019 to starr the year’s halftime show. A clip from the new trailer suggested that it was Timberlake who had invited Janet Jackson to perform with him during the show.

“Justin and his team have been trying to contact us about you doing the Super Bowl,” someone says to her while sitting on a couch.

Janet Jackson seems to have declined this offer since she did not perform with Timberlake during that halftime show. The documentary hopefully will add context to what fueled her decision.

At the time of the infamous “wardrobe malfunction,” Jackson suffered significant backlash and fallout while Timberlake went unscathed. An FX documentary that came out last year where Janet Jackson did not participate, shed light on the incident in great detail.

“I think it just became an explosive powder keg,” director Jodi Gomes explained during an interview. “And in the middle of that was this woman who had pioneered her image, and she was punished for it.”

Justin had issued an apology to both Britney and Janet Jackson after the halftime controversies came under new scrutiny.

“I understand that I fell short in these moments and in many others and benefited from a system that condones misogyny and racism,” he wrote in a February 2021 post to Instagram. “I specifically want to apologize to Britney Spears and Janet Jackson both individually because I care for and respect these women and I know I failed.”

Jackson never publicly responded to his apology. At the time, her brother, Marlon Jackson, did.

Former ‘Harry Potter’ star Daniel Radcliffe explains why he would be open to doing...

Motorola returns to flagship phones with the Edge Plus