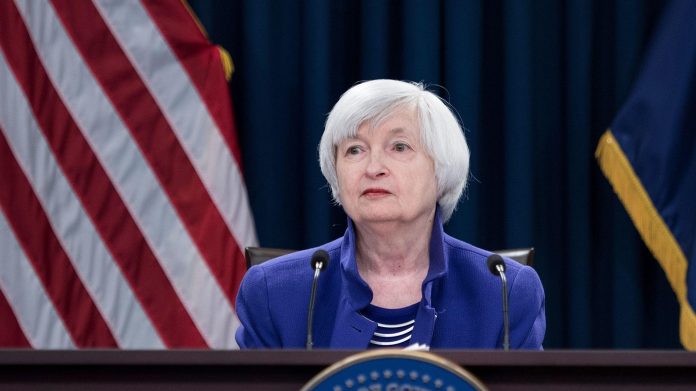 Janet Yellen, the US Treasury Secretary warned on Sunday that Americans should expect another spike in gas and oil prices in winter coinciding with the European Union stopping its oil intake from Russia. She added that the proposed price restraint by western nations on oil exports by Russia is being planned to keep a cap on oil prices.

Janet Yellen conceded that it is a risk that all western nations are facing, and they are working on the price cap in an attempt to address the issue. The rise in prices of oil is directly linked to the EU deciding to cease buying Russian oil after December and imposing a ban on services that allow the Russians to ship oil through tankers.

The G7 nations have agreed on the price cap, and have appealed to all participating nations to deny other services including finance, insurance, navigation, and brokering to oil cargoes that are priced above a determined rate on oil and crude products.

Gas prices in the US remain at record highs as inflation reached its highest level in over four decades. It touched 9.1% in June 2022, the highest since November 1981. The recession following the pandemic, the supply chain issues, and the war in Europe have all combined to pull its economy down to post-pandemic levels despite the brief boom in the last two quarters of 2021.

Despite the embargo by western nations, Russia continues to ignore calls to stop the war with Ukraine.