Jaylen Brown, the star of the Boston Celtics, produced the first triple-double of his career with Boston scoring a victory over the Knicks. After having an impressive match, he shot down the idea that he and Jayson Tatum weren’t effective partners to each other. After finishing the game with 22 points, 11 rebounds, and 11 assists against the New York Knicks, Brown stated that he and Tatum could definitely play together.

This performance is especially impressive considering the Knicks had stunned the same Celtics just a couple of days earlier at Madison Square Garden thanks to a buzzer-beater by RJ Barrett.

Jaylen Brown Has Spoken About His Partnership With Tatum

Jaylen Brown has spoken about how they have been playing together well for the majority of their career, along with other things. Although the last year hasn’t gone as well as they thought, the adversity that they faced the previous year would definitely be helping them grow and get them better in the future. In the post-match interview, Brown mentioned how the pair have been trying to get over their slump and constantly learning from their game- which is why they are playing good basketball at the moment.

He also spoke about how Jayson Tatum and he would keep talking after games, communicating with each other to see if they are on the same page with things related to their game. While Brown can definitely see where the frustration of their losses is coming from, he has assured the supporters that it wouldn’t affect their game with Tatum and Brown in complete sync with each other- something that helped them secure a win over the Knicks.

This has been a second straight disappointing season for Jaylen Brown’s Boston Celtics, who have been heading 19-21 in the game on Monday against the Indiana Pacers, which will be officially ending the first half of the season for the Celtics.

Mitch McConnell Has Refused To Vote For An Increased Debt Ceiling

NASA added 6 HD video cameras to its next Mars rover so we can... 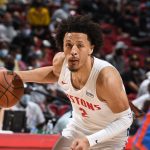 Jaylen Brown, the star of the Boston Celtics, produced the first triple-double of his career with Boston scoring a victory over the Knicks. After... 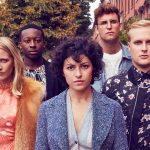 Search Party does theatre of the absurd better than anyone in the current entertainment scene- something its cast and crew know. Precisely the reason...

Activision Blizzard, (ATVI) exchanged 21335996 shares on hands in most recent trading session and observed an average volume with 11587.16K shares....