JNJ will be announcing its quarterly results on the 20th of April according to a research report. Most of the analysts have expected the firm to be announcing an EPS of $2.30 for this quarter.

The Quarterly Estimates of JNJ

The stocks of JNJ previously announced their quarterly results on the 25th of January. The EPS reported by the company for this quarter is $1.86, which is considerably more than the consensus estimate of around $1.82. The net margin of the company is 21.01% with a 34.64% return on equity. Revenue for the quarter for this company has been $22.50 billion, with the analysts’ estimate set at $21.62 billion. The previous quarter of the company saw an EPS of $1.88.

One of the analysts has already provided the stocks with a rating of sell, while three others have given the company a rating of hold. Currently, JNJ has a buy rating with a $178.60 price target.

EMR Expected To Announce $3.94 Bn In Quarterly Sales By Zacks 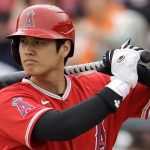 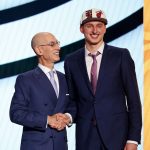