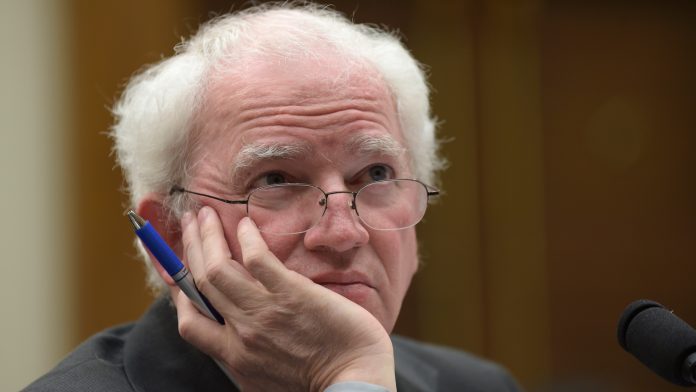 John Eastman is one of the biggest names in the political circuit of America. He has a significant amount of contribution to shaping the modern structure of American politics. John is known to be one of the finest attorneys in the United States of America and was one of the biggest allies of Donald Trump. Eastman supported Trump vociferously during the latest Presidential Election. He is also suspected to play a major role in trying to overturn the outcome of the Presidential elections. Donald Trump was very much dissatisfied with the results as he believed that Joe Biden could not win.

He immediately started asking his allies to enforce coercion and overturn the results in his favor. Eastman is said to have been involved in such an attempt and will be facing legal consequences for the same. However, according to a recent report, the federal agents confiscated the personal cell phone of John Eastman, who acted as the election attorney of Donald Trump. The incident has infuriated John a great deal. He has stated that the agents did not have the authority to do such a thing. Eastman has filed a lawsuit against the agents. Let us learn more about the story in detail below.

The January 6 investigations are in full flow at the moment. The federal government is keen on finding out the root of the trouble very soon. In order to do that, the government has taken an aggressive approach toward all the suspects. This resulted in John Eastman getting his personal mobile phone confiscated by agents from the federal government.

However, John Eastman has expressed his anger at the entire incident. He called it inappropriate and also filed a lawsuit in the court of New Mexico. The department of Justice stated that it will keep investigating to find out if John was involved in criminal activities or not.

Rob Portman Indicates On The Fate Of The Bipartisan Bill

Advanced Micro Devices, (AMD) exchanged 1052687 shares on hands in most recent trading session and observed an average volume with 101860.28K...

You Need to Know this stock? Meta Platforms, (META)

Meta Platforms, (META) traded 247848 shares on hands in most recent trading session and observed an average volume with 30220K shares....

VOLATILITY ANALYSIS: Volatility remained at 5.52% over last week and shows 6.48% volatility in last month. VOLATILITY is also measured by...

Intelligent Living Application Group (ILAG) disclosed a change of -13.50% and its listed share value at $3.14 in the recent trade...