JoJo Siwa, the superstar of social media, made claims of her being a member of the LGBTQ community. This incident took place last month. She made another reveal recently that probably broke a lot of hearts. On the Tonight Show, she mentioned that she is not single. This revelation was made on the 4th of February.

JoJo Siwa And Her “Amazing” Girlfriend

The 17-year-old celeb told Jimmy Fallon, the show host, that she is already in a relationship with someone who is the most “wonderful” girlfriend in the entire world. JoJo Siwa said that it is a long-distance relationship. The young star spoke about how she is supported by her girlfriend. And especially during the time when she collaborated with Pride House, the collective of TikTok.

JoJo Siwa stated that the reason why had kept it from the world, was not because she was ashamed of it. She also mentioned the fact that there were always speculations about her life and her identity. And some of her fans did the correct guesswork.

When the social media star was over the phone talking to her girlfriend, she got reminded of something. It was a story that she had posted over the social media platform, Instagram. The story was of a  T-shirt that read “Best Gay Cousin Ever”. It was shared with her “close friends”. JoJo Siva further said that she then told her girlfriend about her decision to post it for everybody else. On hearing this, her girlfriend encouraged her so much. The response she received after this was mostly positive.

JoJo Siwa further gave another good news. She said that she was currently working for a musical show for Nickelodeon. It is called “The J Show”. It is based on the real-life incident of the star herself. It has the story of how the artist influenced everybody else to be themselves. She told the host that she is not willing to lose the ones she loves even at the cost of losing whatever she built.

Stocks: A look at how social media has impacted trading of GameStop and bitcoin

Meghan Markle has provided the media with the first glimpse of her daughter, Lilibet Diana Mountbatten-Windsor in a birthday video. The camera moves towards...

Jeopardy is finally ready to hire someone new after they spent the last few months speculating on who could replace Alex Trebek. Mike Richards,... 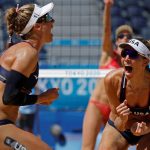