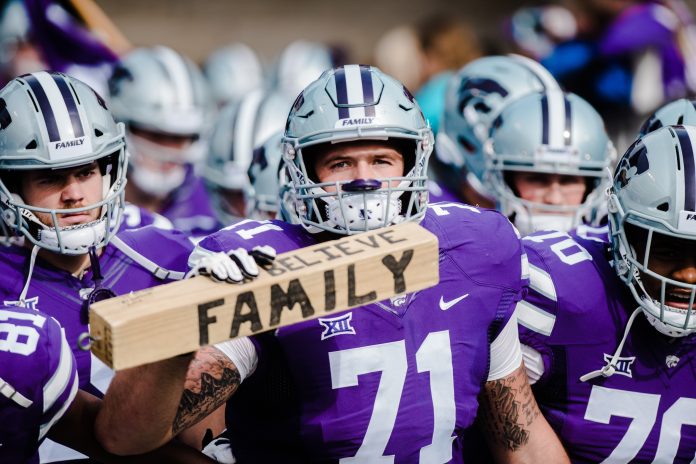 TCU seemed to be closely avoiding a loss every single week- but that wasn’t made possible when Kansas State came through with a goal-line stand.

This resulted in TCU conceding their first in a game that ended at 31-28. TCU is currently in the top three in their CFP rankings- and now they will have to see if the rankings drop further or not.

The winning team was already leading by 11 points in the last quarter before Max Duggan, the Quarterback for TCU and a hopeful for the Heisman trophy, came up clutch. With the team down by eight, Duggan drove the University around 80 yards on eight different plays. The runs were of 15, 13, 19, 8, and 40- which seemingly stunned the Wildcats before a conversion of two points ended up tying the game. The Quarterback ended the game with 251 passing yards and around 110 rushing yards.

However, Kansas State did stop the TCU near the goal line in overtime- after which they ended up winning it on a Ty Zentner field goal that went up to 31 yards. The Wildcats also received a couple of passing scores from Will Howard- the Quarterback- and 130 yards along with a TD from Deuce Vaughn that ended the game for the Wildcats with a win for the first time since 2012.

On the other side of the country, Utah managed to defeat Southern California. This time around, this was necessary for the Pac-12 Championship- something that ended the playoff dreams for USC. Before the game, USC was clinging on to the fourth and final spot in the semifinals at No.4.