Laura Osnes, the Broadway superstar has been relieved from her responsibilities in a show from the Hamptons because she denied her vaccination doses against the COVID-19 virus.

Laura Osnes rose to fame after she secured a win in the talent show “Grease” back in 2008. Thereafter she proceeded to have a great career on Broadway and was scheduled to appear for a performance in the Guild Hall of East Hampton before an audience filled with stars. The performance was a production for one night only about “Crazy For you”.

The theater required all the performers as well as the staff members to be vaccinated, or at least provide a copy of the COVID test which stated the result to be negative. Laura Osnes denied either of the options despite being insisted by Tony Yazbeck, her co-star for the show. Yazbeck has insisted on the matter because of his two little children back home. Despite all the fuss, Laura Osnes still did not accept getting the vaccination dose.

Why Did Laura Osnes Deny Vaccination?

After repeated insistence, Laura Osnes declared that she does not want to get vaccinated because she does not have faith in it. In the interviews following the incident, she described herself to be a conservative Christian. On denying getting the vaccination from the virus, she was immediately removed from the show only to be replaced by the actor who performed in “Little Mermaid’s” Broadway adaptation, Sierra Boggess.

It was revealed that Guild Hall maintained a strict policy since the pandemic that any and all performers and staff members would have to show proof of a negative COVID test certificate or has to have vaccinations done. Even the audiences are not exempt from this rule and would have to comply accordingly. Laura Osnes suffered the consequences of not complying and was removed from the show.

What Are The Benefits Of Using Translation Services For Your Business? 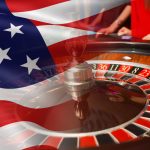 All around the world, you can play your favorite casino games at a casino of your choosing. Every city has its own casino, but... 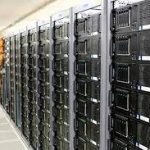