Home Entertainment Lee Min Ho In A Relationship With Yeonwoo? 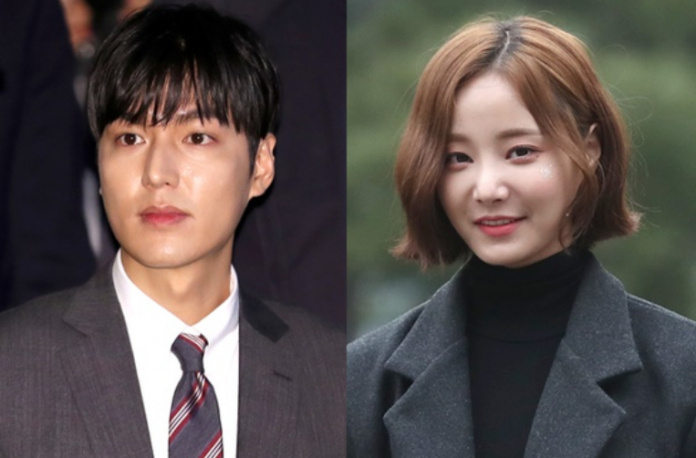 While there have been reports going on about their dating life, Lee Min Ho has denied rumors about his ‘relationship’ with Yeonwoo. A representative from MYM Entertainment- which represents the actor- has stated that the couple is simply acquaintances and is not in any romantic relationship. The rumors of the relationship between the former Momoland member as well as The Legend of the Blue Sea actor cropped up when Dispatch- a K-media outlet started claiming that they were dating.

According to the report by Dispatch, Lee Min Ho and Yeonwoo were in a romantic relationship and had been in one for the last five months. The outlet had also put up several photos to substantiate the claims. As far as responses go, the representative from MYM Entertainment was pretty clear about them being acquaintances and nothing else. Interestingly, there have been no responses from Yeonwoo’s agency- MLD Entertainment. Sources close to the former pop star have claimed that the celeb is busy filming an upcoming drama and hence isn’t available for comments.

Incidentally, there have also been quite a twist to this tale as a media outlet has also claimed that Lee Min Ho spent Yeonwoo’s birthday with her- while counting down the minutes together. The report further stated that the couple had been on a late-night movie date at the COEX Megabox. Needless to say, several pictures have been all over the internet about them.

With respect to this claim, MYM Entertainment has clarified that Lee Min Ho and Yeonwoo were hanging out with their friends and were definitely not on a movie date. The agency made it very clear that the couple weren’t at the movies together- there were other friends too. The media outlet has reported that the couple were often seen enjoying their dates at their homes.

4 Trending Cryptocurrencies to keep an eye on

Doja Cat and Nicki Minaj Both Earn First-Ever No. 1 as “Say So” Tops...

Allies Of Dana Nessel, Facts Checked Her About Donald Trump

Ashley Mitchell Sporting In Her Exit From The Challenge: Respect Rules, She Says