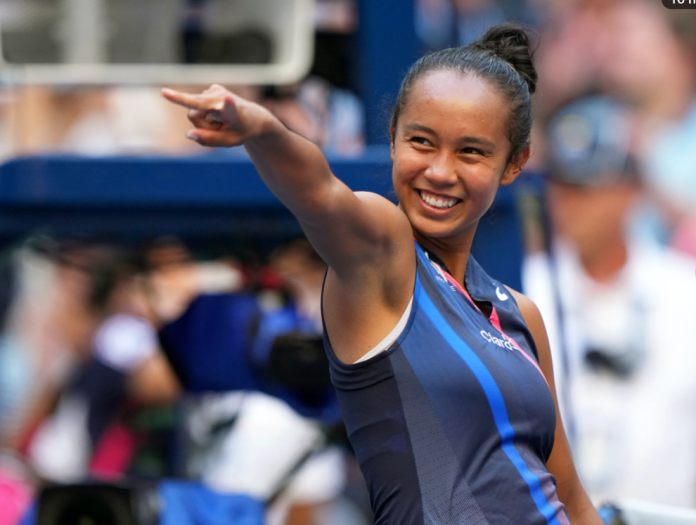 Fernandez won the final two points of the tiebreaker to give her another three-set victory after defeating US Open champions Naomi Osaka and Angelique Kerber in her previous two matches.

The Story Of Leylah Fernandez

Leylah Fernandez, whose father was born in Ecuador and whose mother is Filipino-Canadian, became the youngest player to defeat two players ranked in the WTA’s top five since Serena Williams at the 1999 US Open.

The young Canadian, who became the youngest semi-finalist at Flushing Meadows since Maria Sharapova, has demonstrated fierce ball striking, enormous athleticism, and incredible competitive zeal in her run.

Leylah Fernandez was fantastic and, even though Svitolina hit back straight away after being broken for 3-1, the Canadian struck again and opened up a 5-2 lead.

Svitolina, however, was not over and done with, showing wonderful mental strength of her own to get back on level terms and force a deciding tie-break.

A net cord on a transient shot helped Fernandez bring up a first match point, and Svitolina blazed a return long as the tournament of the teens continued.

On Thursday, Fernandez will play No 2 Aryna Sabalenka, a Wimbledon semi-finalist in July. She defeated French Open champion Barbora Krejcikova 6-1, 6-4 in the opening match of the night session.

Krejcikova is the only woman remaining in the field who already has a grand slam title.

Like in the women’s draw only one man in the quarter-finals already owns a major trophy: Novak Djokovic. He is not only seeking a record-breaking 21st but also trying to become the first man since Rod Laver in 1969 to win a calendar-year grand slam.

Medvedev has come close. He lost to Djokovic in this year’s Australian Open final and to Rafael Nadal in the 2019 US Open final.