Home Politics Louisiana Pushes Back Flood Funding In New Orleans Due To Their Anti-Abortion... 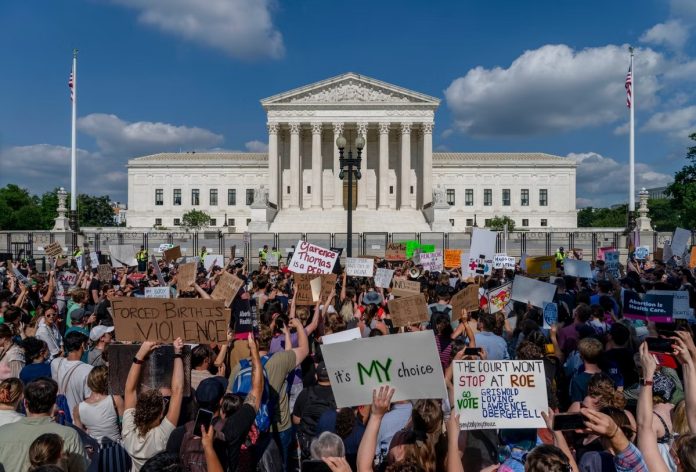 A Louisiana commission is refusing to approve cash for flood protection in New Orleans because municipal officials disagree with the state’s severe abortion prohibition.

The Louisiana State Bond Commission twice voted to postpone authorization of a potential $39 million line of credit for a power plant to power drainage pumps in New Orleans that would shield the 384,000 residents of the city from flooding and were described as essential for the city’s capacity to adapt to climate change. Republican Attorney General Jeff Landry, who is incensed by the city’s response to the nearly comprehensive abortion ban, pushed for both votes, which were both taken at times when New Orleans was subject to an active flood advisory.

The abortion ban in Louisiana, which does not grant exceptions for rape or incest, has resulted in the shutdown of abortion clinics across the state, including one in New Orleans. The City Council passed a resolution last summer requesting the police, sheriff’s deputies, and prosecutors not to enforce the ban, demonstrating the disapproval of city leaders.

The sheriff announced she would not accept convicts accused of breaching the ban at the jail in reaction to the resolution, which has the backing of New Orleans Mayor LaToya Cantrell, and the district attorney declared he would not prosecute abortion doctors or patients. Police in New Orleans have been told to look into purported abortions and report on them, but they have also been told not to issue summonses or make charges.

Landry referred to such actions as “dereliction of duty,” and he advised the commission to “use the instruments at our disposal to bring them to heel, quite honestly,” if he intended to run for governor in 2023.

In a 7-6 vote yesterday, the commission decided to postpone the line of credit approval for one more month and to invite the city’s representatives to attend the following meeting and present their case.

Why investors are thinking like the Fed; IBM expands 5G with Verizon and Telefonica,...

Green Bay Packers Suffers Defeat At The Hands Of The Vikings