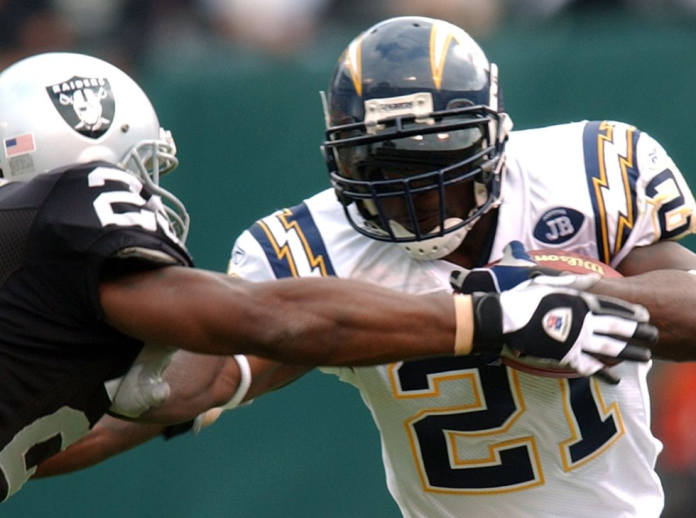 LA Chargers kicked Las Vegas Raiders out from the unbeaten ranks after they won 28-14 on Monday. Justin Herbert had 3TDs while Austin Ekeler rushed for 117 yards and scored twice.

Raider Has Lost That Makes Cardinals The Lone Undefeated

LA is 3 to 1 for the first time since 2014 and is a part of a 3-way tie on top of the AFC West with Las Vegas and Denver. Arizona Cardinals are the only undefeated team after 4 weeks into the season.

Brandon Staley was quite pleased with the Chargers’ offensive balance as well as staying within the limits of the plan. LA had the ball for 35 mins with ¾ scoring drives going 9 plays or more.

Brandon stated that they were patient and had a good mix of passing and running. Justin showed off his patience while Austin gushed with life on the field.

Herbert had completed 25 passes out of 38 and had assisted in all of the touchdowns in the first half. The Chargers had built a massive lead of 21-0 before halftime.

The Raiders scored on the first 2 possessions in the second half to come closer but Austin Ekeler gave LA some room with an 11-yard run off left guard.

Herbert had the key play of the game with a 13-yard complete pass to Jared Cook on fourth-and-two from the midfield.

Derek Carr had 21 from 34 in 196 yards with 2 TDs to his name. He also had an interception to his collection. The Raiders managed only 48 yards rushing against a solid Chargers defense. They were last in the league in run defense.

Las Vegas Raiders was held to one first down and 51 net yards in the first half, but made adjustments at halftime and scored on its first two possessions of the second half. The Raiders took the third-quarter kickoff and scored when Carr found Hunter Renfrow for a 10-yard touchdown.

Katie Hobbs, The Arizona Democrat, To Be Provided With Protection Following Death Threats

Chet Holmgren Lives Up To His Standing On Gonzaga Debut

Temperatures soared in England on Saturday and no one was feeling the heat more than Manchester United's latest manager, Erik ten Hag. On another humiliating...

The sixth anniversary of Pep Guardiola’s Manchester City reign ended in a familiar way to so many before it, with his side brutally sweeping...

Barcelona was held 0-0 by Rayo Vallecano in their opening game of the La Liga season and had captain Sergio Busquets sent off late...

Tiffani Thiessen showed off her enviable body on Instagram this week, proving that she has hardly aged from her "Saved By The Bell" days.  The...

Millie Bobby Brown is reflecting back on her "unhealthy" relationship with TikToker Hunter Ecimovic. The "Stranger Things" star's romance with Hunter became public knowledge after...