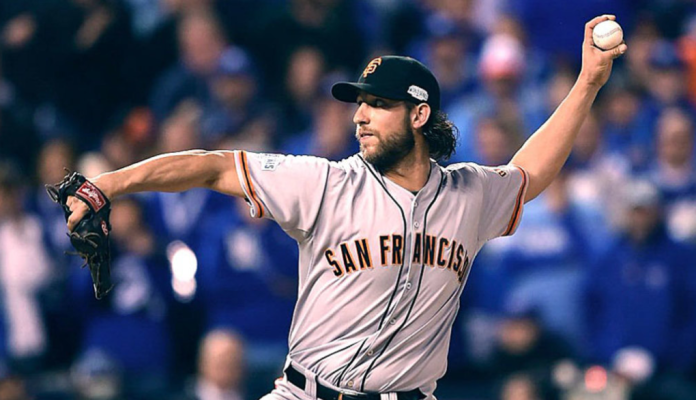 Madison Bumgarner came to bat with loaded bases in the top of the 1st inning. He got acknowledged even before he had pitched against his former team. Madison Bumgarner tapped Buster on his shoulder who tapped him on the leg and then he moved out in front of the plate. Madison Bumgarner took the center stage. Buster Posey was a good friend of Bumgarner.

He took some practice swings, took a step back, and tipped his cap to the different corners of Oracle Park while he was receiving a loud ovation from the fans.

This was the 3rd time he was facing the Giants since he signed with Diamondbacks in 2019. He signed for the Diamondbacks in December. The last match he played at Oracle Park was in front of cardboard cutouts. The other times he faced the Giants were at home. This was also his first time to face Buster Posey. Posey opted out of the season in 2020 and did not start last month at the Chase Field.

Madison Bumgarner got the upper hand as Posey bounced a 1-0 cutter back to the mound with a runner at the 2nd base.

Not Just Symbolic: Joe Biden Nominates Caroline Kennedy As The Ambassador To Australia