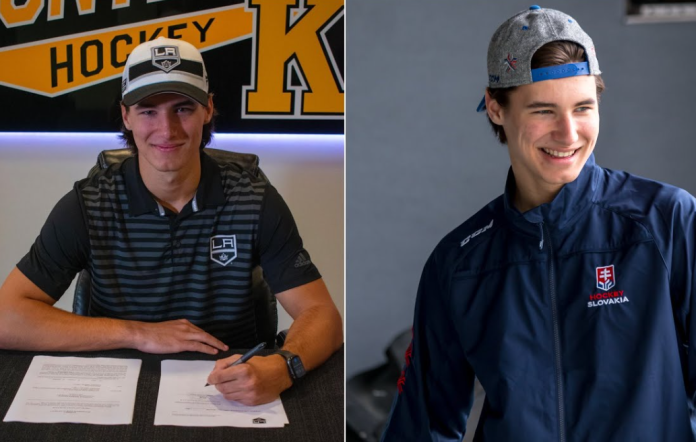 Los Angeles Kings have signed Martin Chromiak, as a prospect to a 3-year contract. It is an entry-level contract for the player. He was sent to the juniors but is receiving a nice present of a contract. The contract deal carries an annual value of $8333,333.

Martin Chromiak was a 5th round selection in 2020 and had an interesting development road over the last years. He joined the Frontenacs in his draft year, midway in the season. He left his club in Slovakia for the move, where he scored 6pts in 32 games.

He exploded in the OHL with 33pts in 28 matches and showed people that he can dominate similar opponents. Martin Chromiak traveled back to Slovakia last season, as the OHL did not hold a season. He showed off better numbers as he racked up 19pts in 32 games. He played in a couple of AHL contests after the season, where he failed to register a single point.

Martin Chromiak has an NHL contract now and will return to the junior levels where he is expected to have an explosive year. He is expected to play alongside the expected 2022 1st-pick overall Shane Wright. If such a thing happens then they can be the most productive line in the CHL. Shane Wright was also selected in the OHL’s All-Rookie team in 2019-20. This does not guarantee a future for him in the NHL but he is definitely a player to keep an eye on in the King’s crowded prospect system.