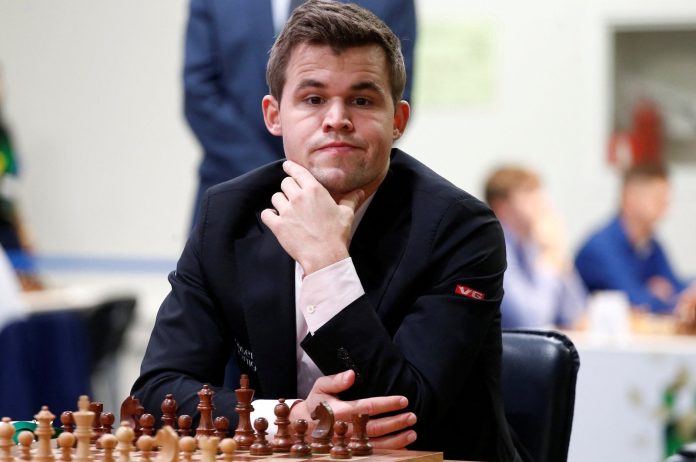 Magnus Carlsen, the No.1 chess player in the world since 2011, recently announced that he would not be defending his world championship title anymore. On his podcast, The Magnus Effect, the Grandmaster stated that he didn’t feel any motivation to play yet another match.

The championship matches are usually held every couple of years, and the next set of matches will take place in 2023. Carlsen further added that he didn’t feel like he had a lot to gain from competing in the championship. Although he understood that the match would be interesting for historical reasons, he simply didn’t have to desire to play.

Magnus Carlsen Will Not Defend His Title

Magnus Carlsen, the 31-year-old native from Norway, previously won the championship title in 2021. Ian Nepomniachtchi won the Candidates Tournament, which took place on the 5th of July in Madrid. This tournament is also held every couple of years to check who would be playing against the defending champion for the world title.

Carlsen would have been expected to have a 2023 rematch with Nepomniachtchi- who he defeated in the 2021 world championship. Carlsen further stated that he had already had a meeting with Arkady Dvorkovich, the President of the International Chess Federation, and Emil Sutovsky, the FIDE Director General, in order to tell them that he would not be defending his title.

President Dvorkovich, in a statement on Wednesday, stated that Magnus Carlsen deserved absolutely nothing but respect from FIDE, and also from the whole chess community in the world- for any decision that he would be taking regarding his career. He further stated that only a few people throughout history would be able to understand the toll that it took to play five matches to defend one’s title.

Why Klarna CEO was ‘surprised’ by Square’s acquisition of Afterpay

Stimulus Check And Its Unending Demand