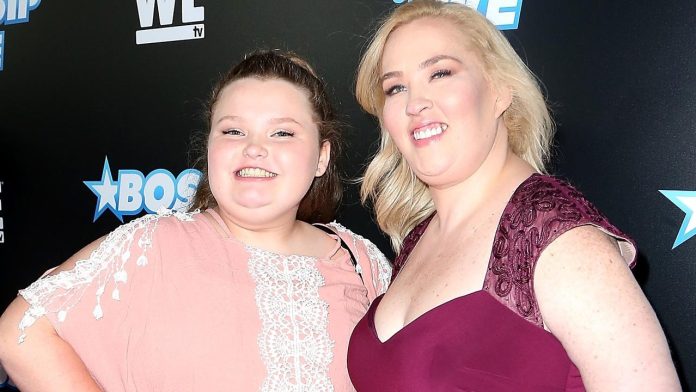 Mama June will still have the ability to phone the star of “Here Comes Honey Boo Boo” every day. Currently, she will have to pay $800 to Pumpkin every month as child support. This will continue until 16-year-old Honey Boo Boo turns 18.

The court papers reveal Mama June’s income. It states that her monthly income is about $25,000, depending on “production and endorsements.” Mama June’s show had “not been renewed for a new season” at the time of the filing. As such, her only “certain income is disability in the amount of $1,015.00 per month.”

22-year-old Pumpkin was granted temporary guardianship of Honey Boo Boo in 2019, August. Mike “Sugar Bear” Thompson had already given her permission following the arrest of 42-year-old Mama June on drug possession charges with Geno Doak, her then-boyfriend, that year.

Pumpkin will need to see to a lot of things now that she’s apparently also expecting twins. She and her husband Joshua Efird have two children: 10-month-old Bentley and 4-year-old Ella, four.

Even though the news of the custody news was undoubtedly disappointing for Mama June, the star of “From Not to Hot” is now focused on making the best of her life as a first-time bride, having secretly married Justin Stroud. Page Six confirmed that the couple married on March 23rd at Georgia’s Wilkinson County Court. Judge Amanda Holder officiated the ceremony.

The couple recently publicized their wedding via a Panama City trip filled with PDA where they made out all day inside a pool.