Home Sports Manchester United And Ronaldo: A Tale As Old As Time

Manchester United’s star striker Cristiano Ronaldo managed to save the blushes of the team after scoring a second-half penalty in a win over Norwich City. This was Ralf Rangnick’s second victory since he took over the mantle of coach of the Red Devils, a 1-0 victory over Norwich at Old Trafford on Saturday.

The team from Manchester didn’t have it easy as David de Gea, the goalkeeper, was called into action multiple times to save the team as Norwich, the bottom-ranked team in the EPL held their own against the top dogs.

After the game, the Manchester United coach Ralf Rangnick stated that the way Norwich played wasn’t reminiscent of a lower-ranked team. They played like a top team, made few mistakes, and came quite close to causing a major upset at Old Trafford. In the end, although the team from Manchester won the game, there was still quite a lot of room for improvement, something that they needed to work on.

There was also cause for concern when defender Victor Lindelof went down on the ground holding his chest. However, he was able to get off the ground unassisted.

Cristiano Ronaldo came in clutch for Manchester United yet again. After his shot was beaten away by Tim Krul in the first half, he managed to secure a penalty after being pulled down by Max Aarons in the 73rd minute, while attempting to head a cross off Scott McTominay. The Portuguese captain had ice in his veins as he calmly slotted the ball in the left-hand corner. Krul’s fierce opposition also deserved credit, as he kept stopping shots left, right, and center from multiple United counterattacks.

David de Gea was certainly the star for Manchester United in this match. With him not being in his prime over the last couple of seasons, this match was certainly an example of what the goalkeeper for the Spanish national team was capable of. He kept rescuing United from a bad draw or even a loss, especially when he clawed out a header from Ozan Kabak.

Rising tension between staffs of Biden and Harris

Are You looking For Hot Stock? Skillz (SKLZ)

Tom Barrack To Be Released On The Basis Of A Bond 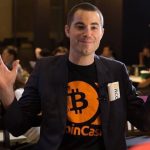 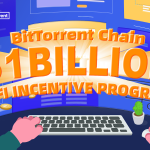