Over 100 police agencies have backed out from going to Milwaukee’s Democratic National Convention after certain crowd control measures were banned. The convention is going to happen in August.

Over the last couple of months, the police department has come under heavy scrutiny for their use of violent force.

This news comes after Alfonso Morales, the Milwaukee police chief, directed the police officers to refrain from using pepper spray and tear gas.

The convention is supposed to take place from the 17th till 20th August. It is being speculated that Joe Biden will be named as the official presidential nominee for the Democratic Party. The event managers have put a restriction on the number of attendees and made the event mostly an online event.

William Lamb, Police Chief from Wisconsin, said that the department has decided to remove the use of pepper sprays as they contain chemical irritants.

Police brutality has been a leading issue in the ongoing Black Lives Matter movement.

GTY Stock Is Set To Announce Quarterly Sales Worth $37.49 Million

Liverpool Draws With Manchester City In A Thriller Of A Match, Score Ends At... 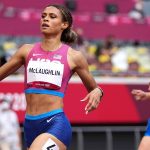 Could Round 4 Of Stimulus Checks Counter Inflation?

The US avoided a recession or maybe a depression because of stimulus checks in 2020 and 2021. Inflation has increased as a result of...

The Wyoming Republican Rep. Liz Cheney, who is fighting for her political life after a run-in with the former president Donald Trump, has begun...