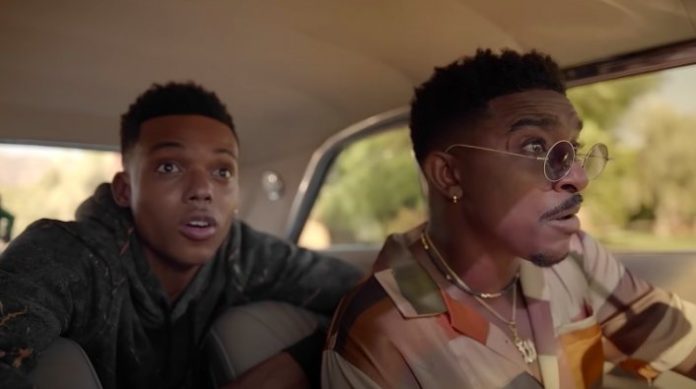 The first complete trailer for the Fresh Prince of Bel-Air revival, simply Bel-Air, has been published. The teaser, which introduces newcomer Jabari Banks as the imaginary new Will Smith, was posted by executive producer Will Smith. The revival appears to be a much darker and dramatic version of the original program, with Smith having to win over his new classmates and family to take the kingdom.

The first teaser for Peacock’s dramatic relaunch of Will Smith‘s classic sitcom The Fresh Prince of Bel-Air makes it apparent that the narrative will be told in a completely different way. The original plot was around a wide-eyed young guy from West Philadelphia whose life is flipped upside down when he moves up to a posh home in Bel-Air, California.

Even though Bel-Air is being marketed as a gritty version of the classic program, there are references to it throughout the trailer. For example, the creators portray the protagonist getting into a fight with other individuals on the basketball court, precisely like it says in the renowned theme song of Fresh Prince of Bel-Air. He is even sentenced to prison, after which his mother (again, as stated in the original title music) packs his luggage and sends him to live with his affluent aunt and uncle on the West Coast.

Will’s close friend Carlton is depicted in a powerful but unexpected departure from the original series. As he shows Will how the new town works, the new Carlton looks to be more confident and charming. So far, everything appears to be promising.

Based on the first trailer, Jabari Banks seemed to have the requisite charisma and ease to entice the audience in. However, we’ll have to wait and see if the plot ends up justifying his effortless screen presence.

The show will premiere on Peacock on Feb. 13 with a three-episode premiere, followed by fresh weekly episodes.

Surfing Campsites You Should Stay At In Cornwall